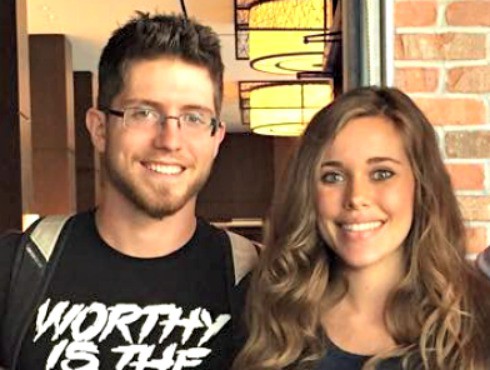 With Baby Seewald’s arrival right around the corner, expectant parents Ben and Jessa Seewald commemorated the occasion by having professional maternity pictures taken. The former 19 Kids and Counting stars shared the complete set of maternity photos on their website and a few highlights on Instagram.

The stunning pictures were taken in Arkansas by Indianapolis-based photographer Evangeline Renee, whom Jessa referred to as a “sweet friend.” Jessa added of the images, “It was so much fun and soon we get to meet this sweet new Seewald!”

The couple took the pictures just in time, considering Baby Seewald could arrive any day now — with an expected due date of November 1. Ben and Jessa also celebrated the impending birth of their first with a “family style” baby shower earlier this month. The fall-themed, co-ed party included traditional shower games — such as a diapering race and competition to make the best baby food. But Ben and Jessa changed it up by asking guests to bring written blessings for the baby instead of gifts. One guest explained to Us Weekly, “As the party came to a close, everyone gathered around Ben and Jessa and prayed over them as a couple and for the little one. This was such a special time!”

Although Ben and Jessa know the sex of their little one, they decided to keep family and friends guessing. They also conducted a poll on their website, where there were more than two times as many votes for girl… But maybe Jessa’s maternity picture outfit is a clue!

Fans will get a better look at Jessa’s pregnancy and her adjustment to life as a mom in TLC’s upcoming three-episode series Jill & Jessa: Counting On. The first episode will premiere in December.