Here’s the latest poster for the much-anticipated movie The Imaginarium of Dr. Parnassus, which was the last project Heath Ledger worked on before his death last year. The poster is a little on the busy side, but that’s only because it tries to work in most all of the all-star cast including Heath, Johnny Depp, Colin Ferrell, Jude Law, Lily Cole, Verne Troyer, Christopher Plummer and the enigmatic Tom Waits. (That’s him there in the clouds, looking like the offspring of Edward Gorey and René Magritte. Yes, I love me some Tom Waits!) 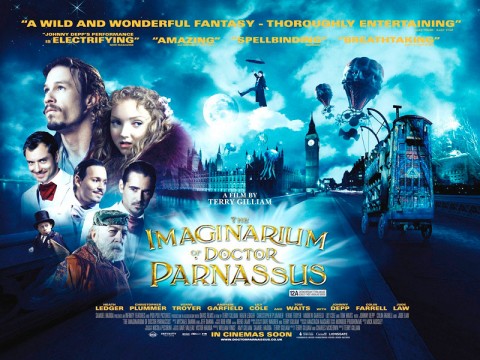 Here’s a trailer and a teaser for the movie: