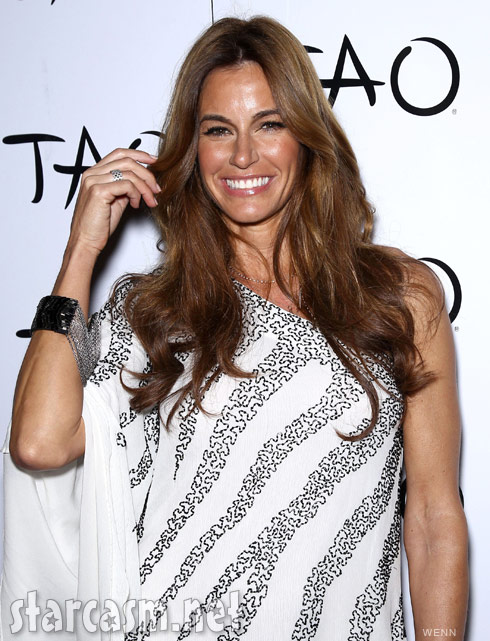 The Real Housewives of New York City‘s only certified super model Kelly Bensimon took time out of a busy schedule that includes posing for Playboy, making sand angels, having nightmares about Bethenny and strutting her rock solid bikini bod on the beaches of Miami to celebrate her 43rd birthday at Tao nightclub inside the Venetian hotel Las Vegas, Nevada last night.

Although Kelly doesn’t actually turn Richard Petty until May 1, she got an early start with the festivities and looked great as usual in a short, loose-fitting white dress with bold stripes comprised of little jigsaw puzzle piece shapes outlined in black. It’s not as risque as one might expect to see at a LAs Vegas birthday party, but we do get just about every inch of Kelly’s gams – and every inch of those long legs is a lot of inches! 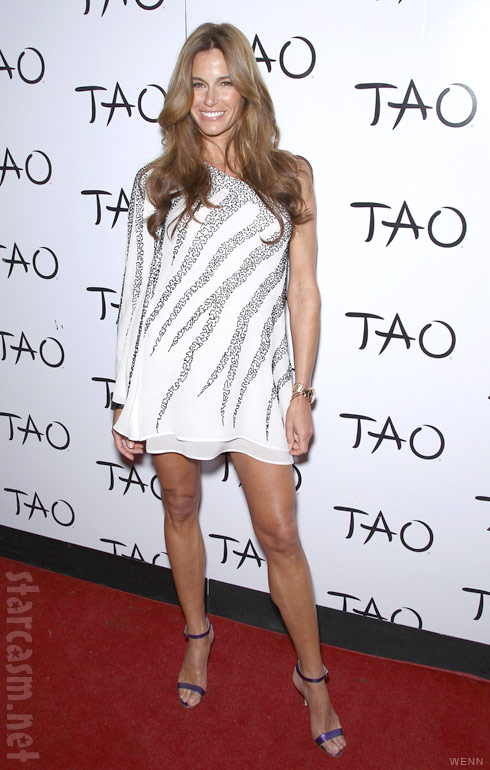 After being a huge part of an entertaining third season of The Real Housewives of New York City, we’ve seen a much more reserved Kelly this year. Aside from a zensational scene where she fought off the drama by creating a guardian sand angel, Kelly’s been rather quiet so far. But, as anyone who watches the Big Apple ladies knows, being “rather quiet” on RHONYC is a healthy (albeit less entertaining) thing!

And here’s a looooooong last look at Kelly so get those scroll wheels spinnin’!

PHOTOS Vienna Girardi and Jake Pavelka at the Oscars?!?

Sonja Morgan wants to like Bethenny Frankel, but bigger!

RHONY’s Simon van Kempen is a lawyer in Australia now