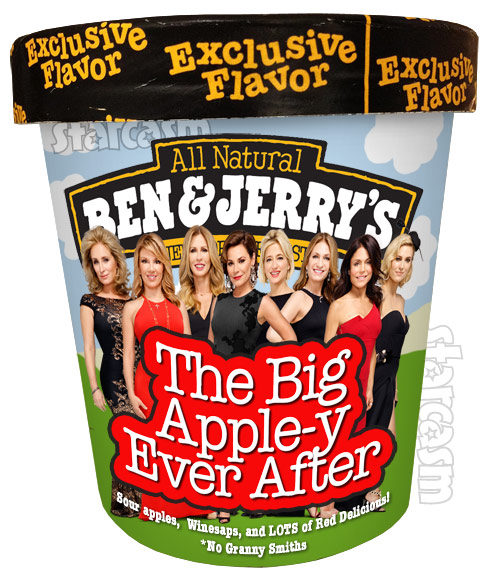 Tonight the original Bravo Gotham drama mamas are back as The Real Housewives of New York City premieres its seventh season with a revamped cast of eight that includes the return of Bravolebridom’s prodigal daughter Bethenny Frankel. In honor of this momentous occasion I could think of no better way to pay tribute to both the ladies of the NYC as well as the wordplay-lovin’ reunion maestro Andy Cohen than with a list of RHONY inspired Ben & Jerry’s ice cream flavors. (Actually, I might could have thought of a better way, but this was what I really, really wanted to do!)

My initial plan was to create photos for each and every entry on the Top 5 list, but three hours into my ice cream Photoshop marathon I realized that just wasn’t realistic. (Being ridiculous is hard work!) That being said, here are the Top 5, not including “The Big Apple-y Ever After” flavor above, which was kind of an actual Ben & Jerry’s flavor already. 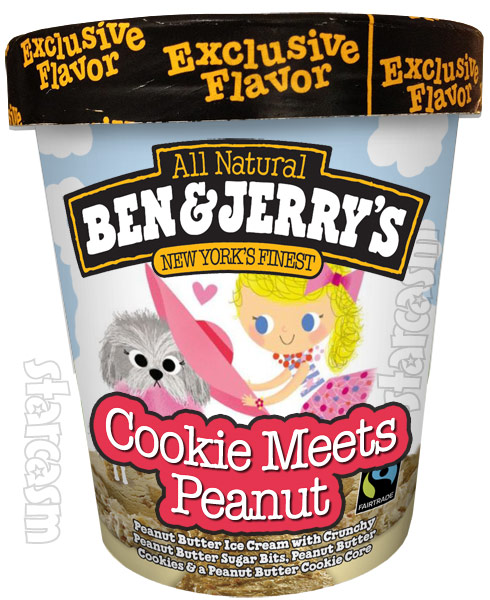 Named after Bethenny’s children’s book, which was in turn named after her daughter Bryn and pup Cookie, this flavor is just plain awwwwwwwwwsome with kid (and pooch) favorite peanut butter and cookies galore!! 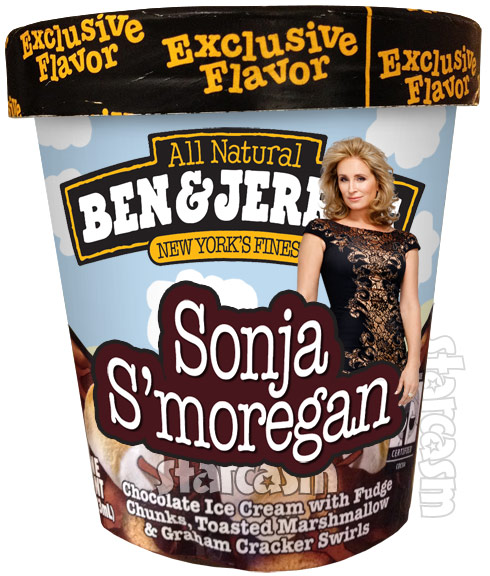 Tired of Sonja in the City, then how about a dose of Sonja in the Country courtesy of this classic mash up of chocolate ice cream, fudge chunks, toasted marshmallows and graham cracker swirls! Comes with a s’mores recipe you can make right at home in your kitchen — with a toaster oven!

It’s always “Turtle Time” when you’ve got a pint of this in the freezer! Your eyes will go googly staring at the plethora of chocolate-covered caramel turtle candies suspended in a mix of creamy vanilla ice cream and caramel swirls. And of course the flavor is a little nuts too, with lots of salted pecan chunks throughout. 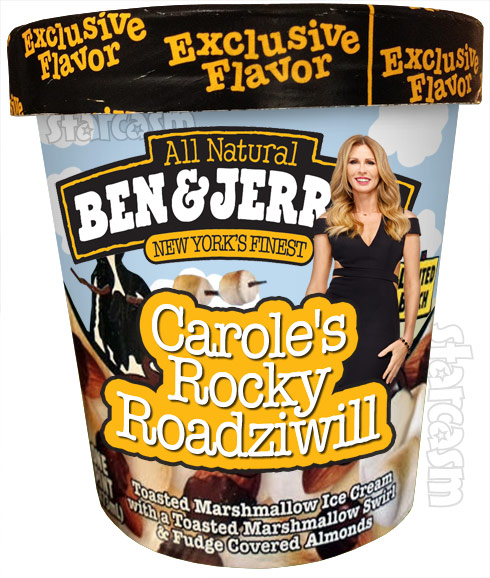 As a bonus, here are a few other flavors that didn’t make the list because the cast members are no longer on the show: “Jillato” for Jill Zarin, “Ginger Snaps” for Alex McCord and Kelly BenCinnabon for Kelly Bensimon.