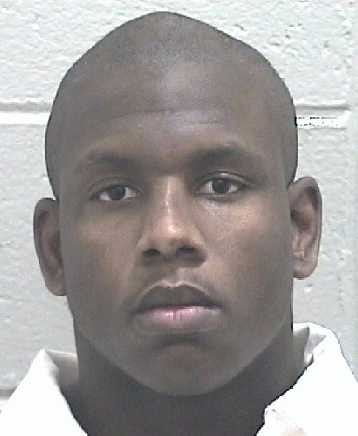 Georgia rapper Yung Hott was gunned down Saturday night while filming his first video in his hometown of Griffin, Georgia – about 40 miles south of Atlanta.

Yung Hott, whose real name is Jerode Paige, was shooting a video for his single “Killin’ ‘Em” at about 6 PM near the corner of near the intersection of Tinsley and Fourth streets when police estimate 20 rounds were fired. “I mean, it was broad daylight,” his uncle Kenny Paige told the Atlanta Journal and Constitution. “I heard a lot of gunshots and people scattered.”

Three other people were injured in the shooting, including 5-year-old Taylor Berry who was playing in her yard when the shooting took place. From WSB-TV:

“She crawled from (the toy car) to the porch,” said Taylor’s grandma Virginia. “She says, ‘Grandma, I’ve been hit.'”

Berry was taken to Spalding Regional Hospital and later transferred to Children’s Hospital at Eggleston. She had a bullet removed from her foot. She has been released.

Two other victims, who are also persons of interest, were treated at Spalding Regional Hospital and are being detained at Spalding County Jail.

Ironically, the cover artwork for Yung Hott’s “Killin ‘Em” CD featured a crime scene after a shooting spree with a dead body, Griffin Police and numerous yellow markers where shell casings were found – eerily reminiscent of the scene Saturday in Griffin: 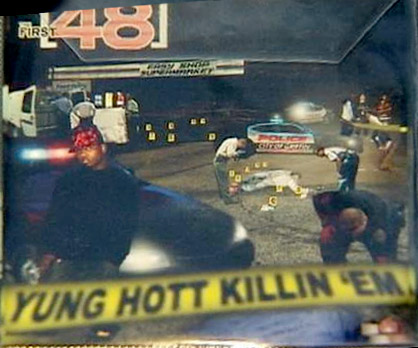 Actual photos from the crime scene: 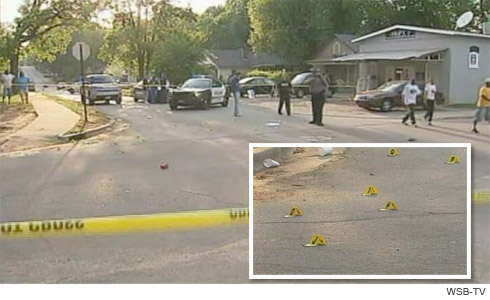 For more photos and a video from the scene, visit WSB-TV.

Searching the internet I ran across a number of rappers going by the name “Yung Hott” but none of them matched the above mugshot, which is Jerode Paige’s booking photo from the Georgia Department of corrections. Jerode was convicted of possession of marijuana, possession as well as the sale & distribution of cocaine, obstruction of a law enforcement officer and possession of a firearm during a crime. His latest stint in prison was from March of 2006 to June of 2009.

Friends of Yung Hott said he was trying to turn his life around and was committed to his music career. From the AJC:

Paige’s father was beaten to death at age 28, and Paige was raised by his grandmother in Griffin, another uncle, Gary Paige, told the AJC. Paige was pursuing his music career with a single-minded purpose. He was again living with his grandmother.

“He got out [of prison] and he said he wasn’t going to let anybody stop him from getting his career,” Gary Paige said. “He wanted to give his grandmother a lot. He was really into his music and he wanted to show his grandmother he had the ability to be somebody.”

Here is video of footage of Yung Hott performing at the The Country Rock in Griffin, GA along with DJ Batman:

Real or Rumor: Is Radaronline right about Chris Cuomo resigning from ABC’s ‘Good Morning America’ via email, Is he headed to NBC’s Dateline?