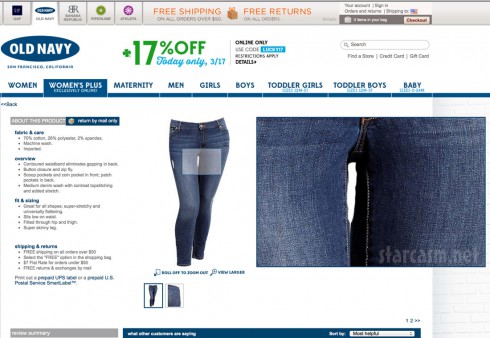 It seems the practice of poorly Photoshopping thigh gaps on clothes listings is becoming an epidemic as Old Navy is added to the dubious list of stores caught with their pants unnaturally split. Less than a week after Target’s rather unfortunately gap-enhanced bikini photos made headlines, Old Navy is getting called out for their line of plus-size jeans which feature a clumsy bit of the Photoshop equivalent of Wite-Out between the legs.

Most of the manipulated photos just have a little dab of white, but others, like this next one, have a lengthier split.

Here are a few screen grabs in which you can see how rampant the practice is on the Old Navy site: 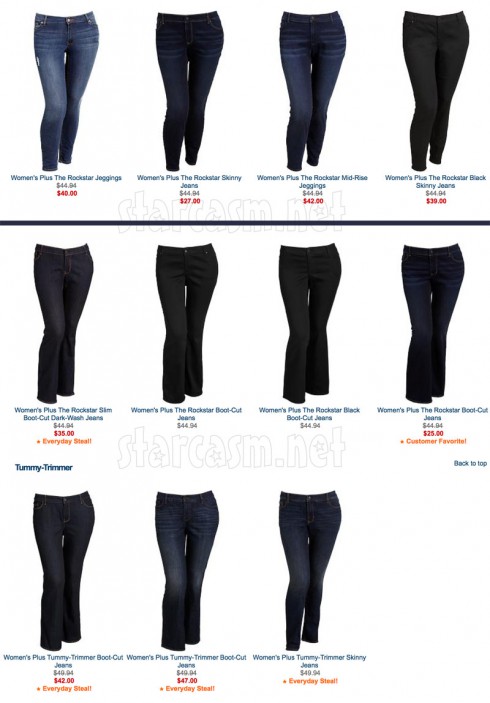 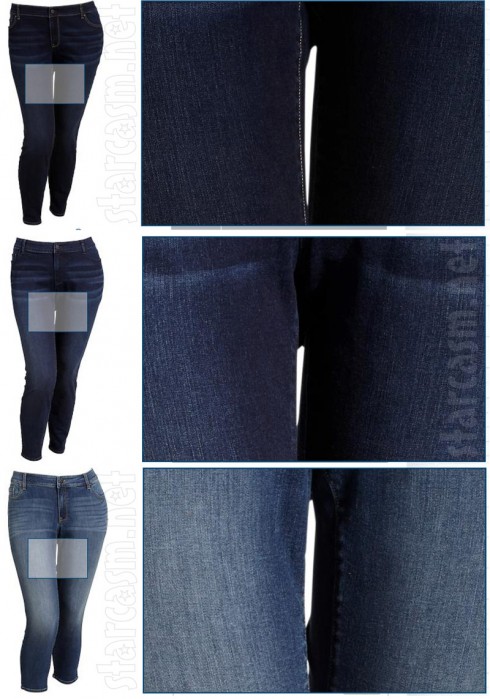 Wait, what’s this? Nooooooooo!! Not corduroys too?!?!!

What’s odd is that the jeans in the photos appear to be modeled by a mannequin. It’s pretty sad when even the mannequins don’t measure up to the unrealistic aesthetic expectations of the day!

In Old Navy’s defense, they are owned by Gap, Inc., so perhaps it could be argued that promoting a thigh gap is just branding?

The Old Navy Photoshopped thigh gaps were originally noticed by the WTF Plus Tumblr blog and was later addressed by the fashion Photoshop cops over at Jezebel. The writer of the jezebel piece has contacted Old Navy about the photos, but so far there has been no official statement from the retailer.