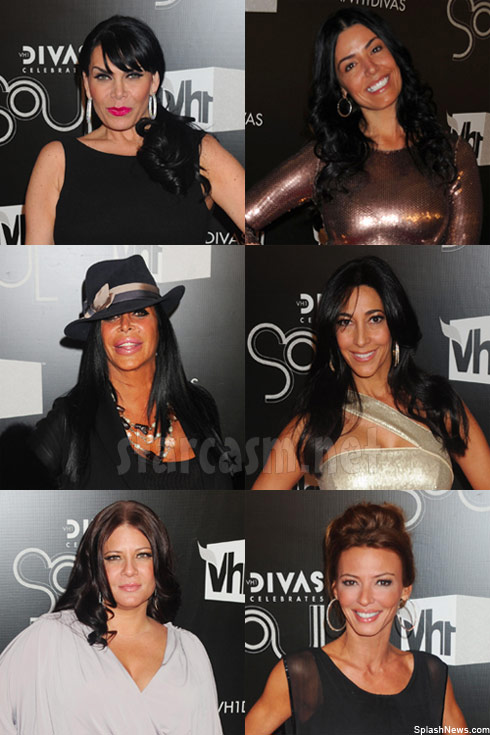 There are divas, there are soul divas and then there are Staten Island (and one bad girl Brooklynite) divas that will damage your face and look freakin’ hot while doing it!

VH1’s own Mob Wives; Renee Graziano, Karen Gravano, Drita D’Avanzo, Carla Facciolo and new additions Ramona Rizzo and Angela Raiola were in attendance for their network’s DIVAS Celebrates Soul at the Hammerstein Ballroom yesterday in New York City. The show is set to air tonight, here’s the intro as provided by VH1:

The talented and diverse lineup at VH1 DIVAS Celebrates Soul will provide a modern twist on soul music, while tipping their hats to the legacy of five key cities that created this musical heritage. Mary J. Blige, Kelly Clarkson, Jennifer Hudson, Jessie J, Florence + The Machine and Jill Scott headline the list of stars set to pay homage to the legendary heritage of soul music founded in cities like Chicago, Detroit, London, Memphis and Philadelphia.

Add into that mix Jimmy Fallon’s house band The Roots as the back up musicians and its sounds to me like you have a recipe for a really entertaining night.

Enough with all the formalities lets get to the red carpet photos of everyone’s favorite Staten Island fairies. I’m gonna do this in alphabetical order because I don’t want to be on the wrong side of any of these girls. After seeing the trailer for season 2 I don’t think you’d want to either! 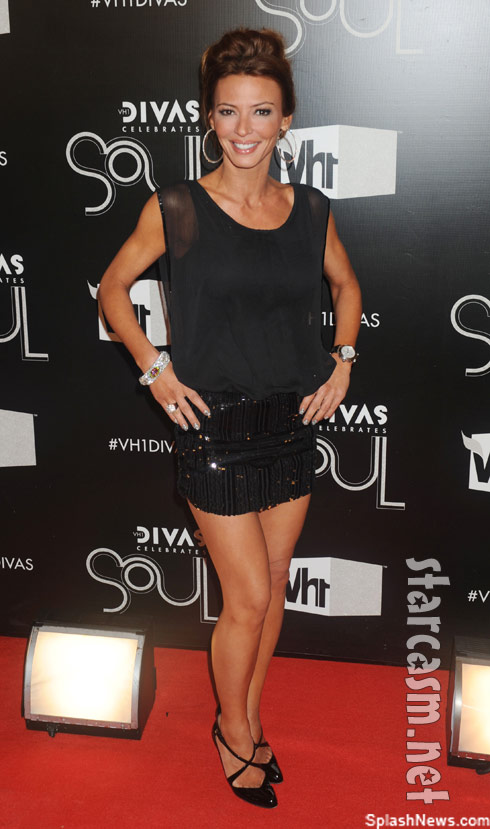 Fans of the show know Drita ain’t no joke and she represented with lots of leg and a seriously blinged out ring. 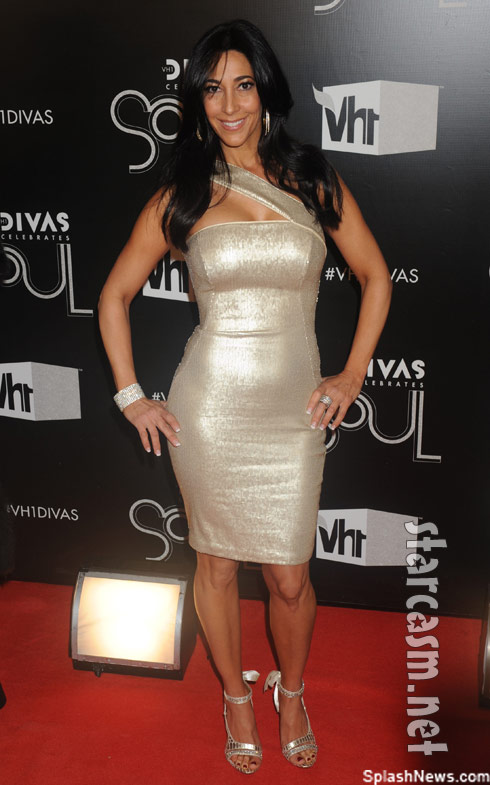 I said I would keep this balanced as to not, shall we say, “aggravate” any of the M-dubs but I’m gonna say for the record that Carla had it the most going on IMHO. The dress really fits to form and I love the simple jewelry and open-toed shoes that compliment the hourglass figure. *Attn other cast members, please address all “special packages” to the corporate office, thank you. 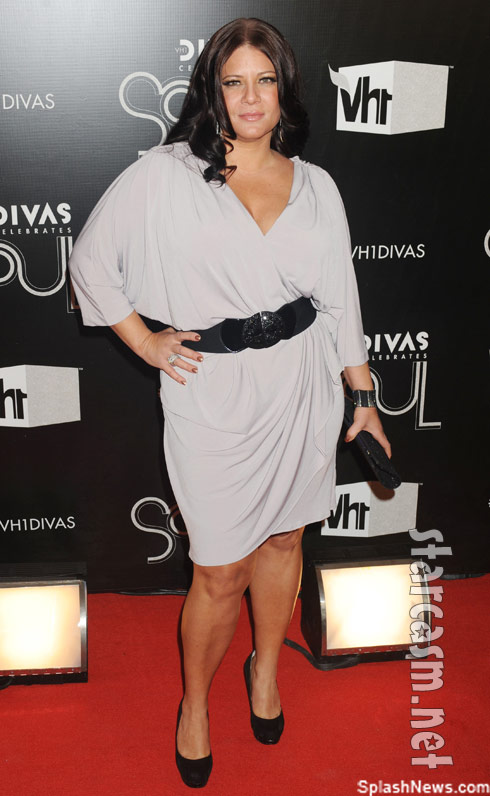 Karen looks ready to go to war as she’s known to say. Just to show she’s in good form someone recently  asked her via Twitter if she thinks she’s a good role model for her daughter and called her “extremely vulgar.” This was Karen G’s reply: “Stay tuned, you haven’t seen anything yet and on that note you can go f**k yourself.” Did I mention I love me some Karen? 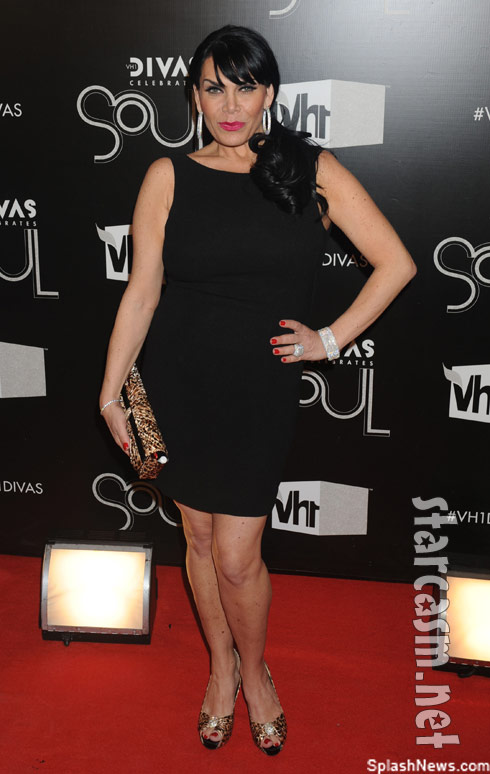 Woah! In the trailer for season 2 you see a blurred out Renee in the process of getting some surgery to get the body she’s always wanted. I think she could be a walking billboard for whichever doc did the work because Graziano looks fantastic here. That wry smile says, “You better say that palzoni.” 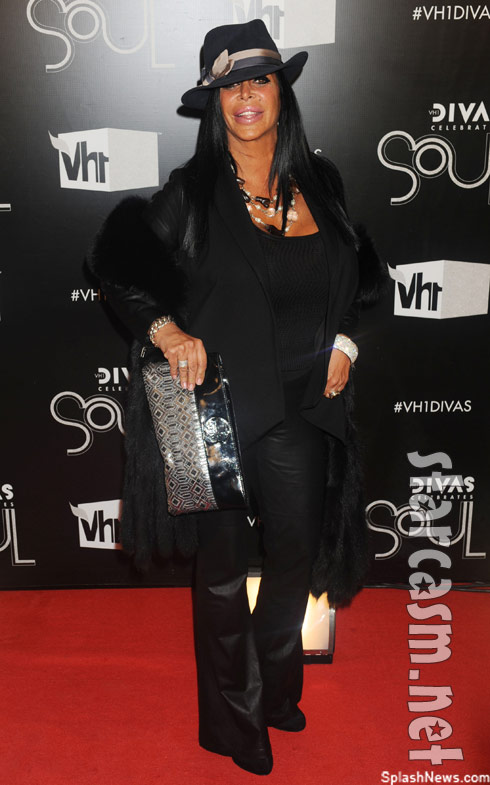 Angela Raiola also known as “Big Ang” is a new addition to the cast of Mob Wives. Angela is the niece of Salvatore “Sally Dogs” Lombardi, a deceased captain of the Genovese crime family. She’s a single mom of two and was raised in Brooklyn. She’s owned a few mafia hangouts in her day and is considered one of the guys among those in the “lifestyle.” She likes to jokingly call herself “bad girl” and comes across exactly how one would imagine her to be. 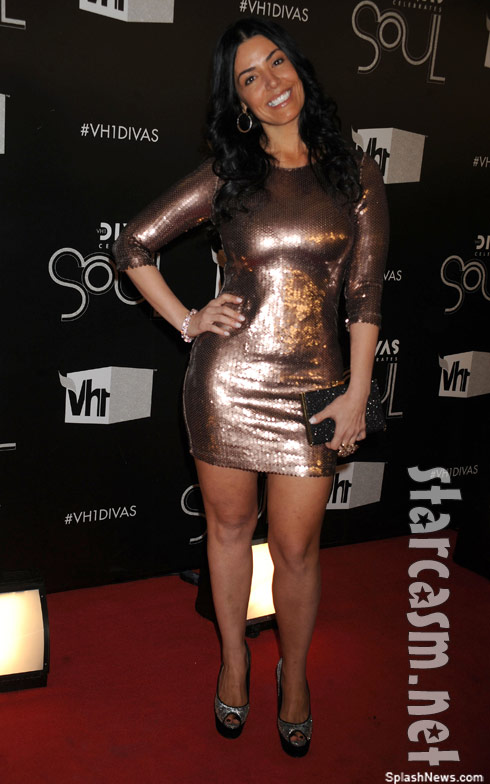 I did a little meet and greet for Ramona including photos (one as a sexy policewoman) which you can read here. Rizzo’s background reads like a novel and her looks rock like the cover of a magazine.

That’s it from the DIVAS Celebrates Soul red carpet featuring all the ladies from Mob Wives. Remember, it airs tonight and I’m gonna bet you might see a few added security guards when they show shots of the crowd. What? I’m just sayin’. 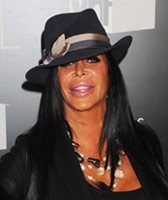