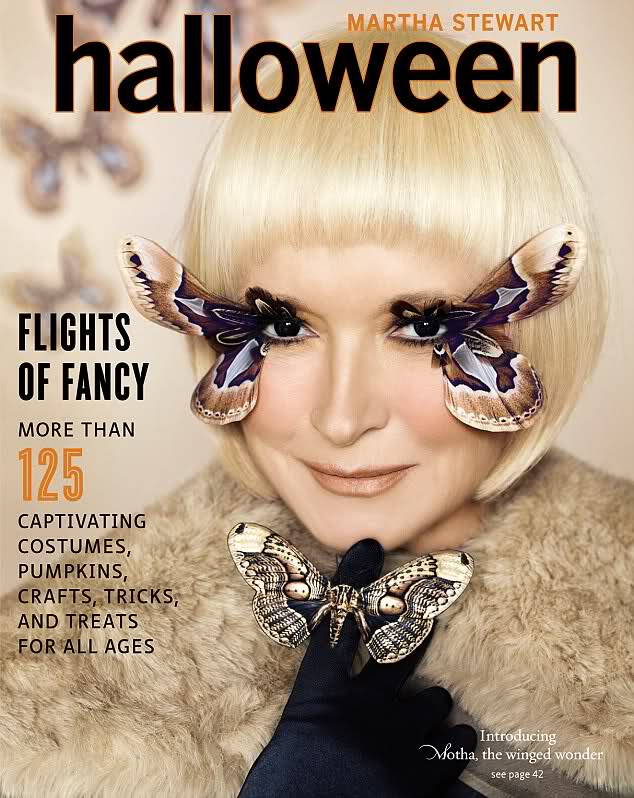 Who says 70-year-old Martha Stewart is out of touch? The ex-con craft maven graces the cover of Martha Stewart: Halloween 2011 in a Lady Gaga inspired Motha Stewart look as part of her “B-Movie Blowout” themed article. The costume not only includes moth wing accents for the eyes, but also a large moth ring, retro blond wig, fur stole, bat cape, black stockings, heels, and evening gloves. 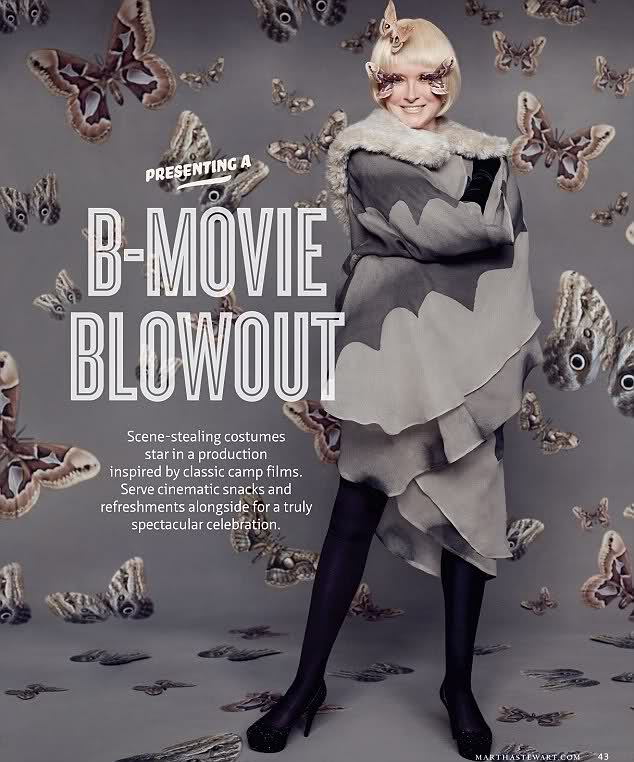 The “B-Movie Blowout” features “scene-stealing costumes star in a production inspired by classic camp films,” and suggests you “serve cinematic snacks and refreshments alongside for a truly spectacular celebration.”

Hmmmmm… classic camp film inspired costumes? That’s easy – all you need is a president mask and a surfboard! Nobody puts Point Break in a corner!

In other Martha Stewart still rules the world news, she announced last week that she will be partnering with Avery and Staples on a new line of home office supplies including more than 300 items. I’m anxiously awaiting the Martha Stewart insider trading kit! I hear it comes with beaded phone taps and a recipe for carrot file cake!

Pick up your copy of Martha Stewart Halloween: Flights of Fancy (2011) on amazon now! 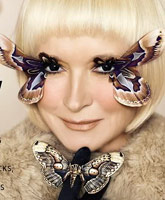