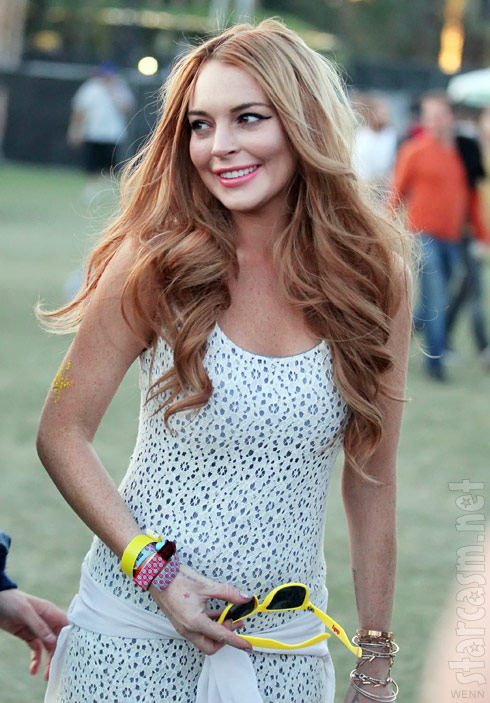 It’s amazing what clearing your legal calendar can do for your complexion! Less than three weeks after Judge Stephanie Sautner declared Lindsay Lohan to be a free woman by taking her off of formal probation, the 25-year-old actress was spotted at the Coachella Valley Music and Arts Festival looking like her old young self again. 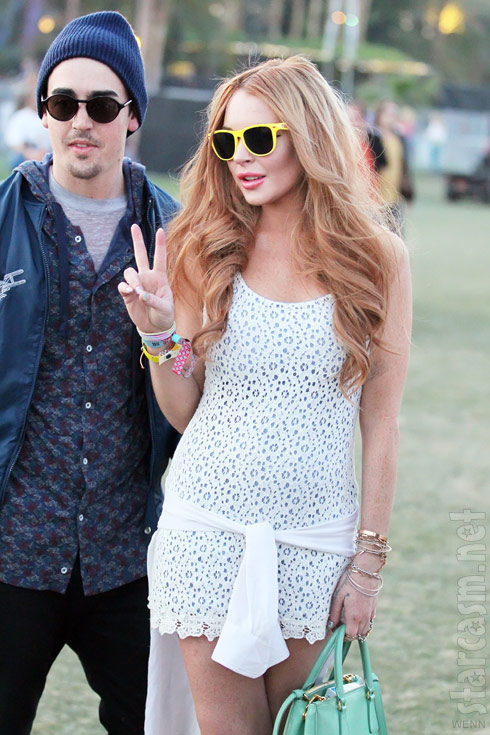 Lindsay’s appearance at the festival raised a few virtual eyebrows as “the haters” were quick to suggest this was just Lindsay returning to her old ways and ignoring Judge Sautner’s advice to “stop nightclubbing and focus on your work.” But, LiLo reportedly didn’t drink at the event (which she has attended for the last four or five years), so I hardly see how attending some concerts qualifies as “nightclubbing.” (If so, someone should probably tell all those folks following Jars of Clay around!) 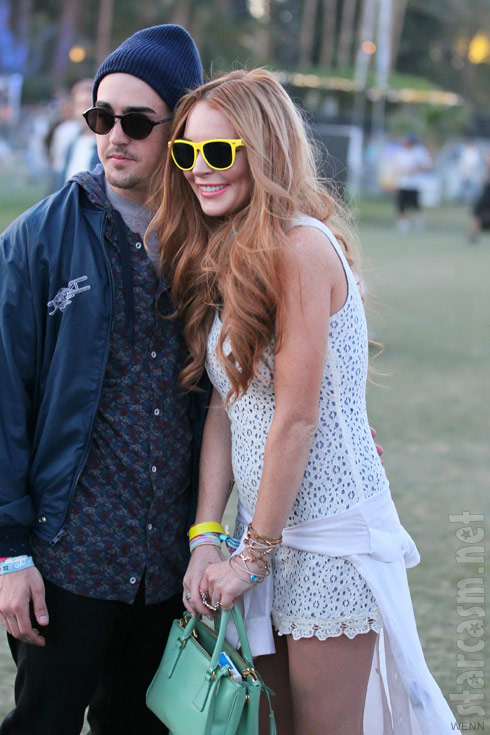 On another note, no one seems to know much about the mystery dude in the Coachella-appropriate ski hat who has accompanied Lindsay each day during the festival. The mystery dude is reportedly Lindsay’s younger brother, Michael Lohan Jr. So I guess that rumor train got stopped before it even rolled out of the station!

While we ponder all these mysteries, let’s take a long last look at the new and improved Lindsay, shall we?

It should be noted that we have starcasm researchers looking into these photos to verify that they are in fact LiLo. In other words, they’re trying to figure out where Emma Stone was this weekend.

UPDATE – I talked about Lindsay’s towering toewear but forgot to include a decent photo. Here’s a sideview of the shoes (and Lindsay Lohan) in full stride: 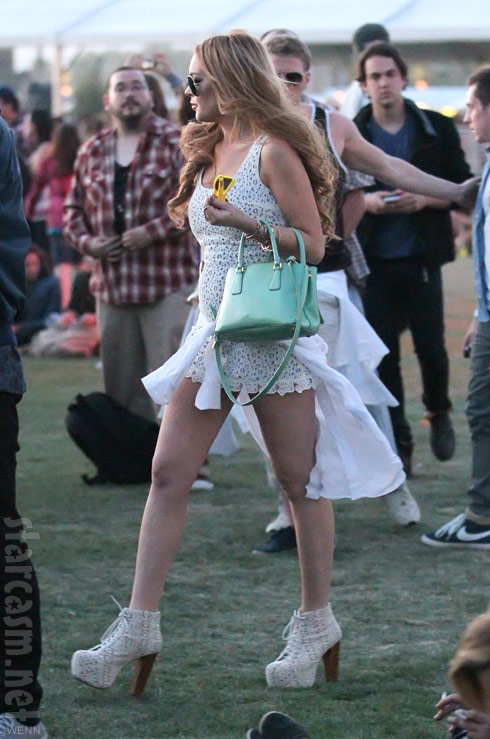 Lindsay Lohan was addicted to Adderall after all