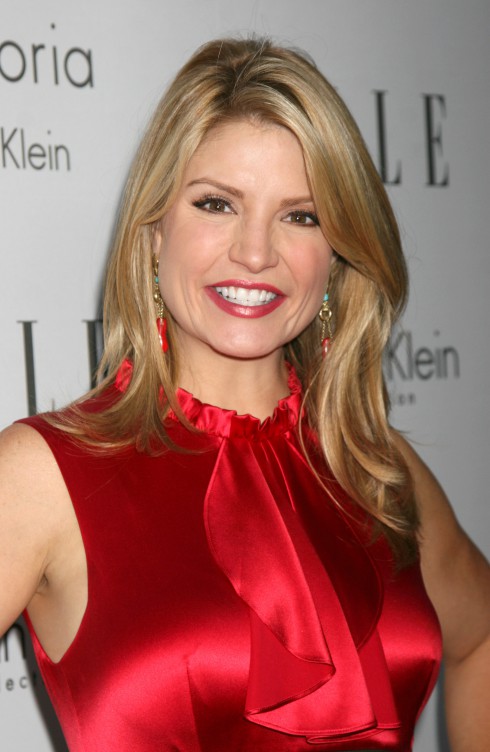 Real Housewives of Beverly Hills producers are currently in negotiations with the cast for season 4, and according to reports, they aren’t completely happy with the cast as is and intend to make a few changes. In addition to Taylor Armstrong reportedly getting the boot, the show also may get a couple new faces.

As we previously reported, Rod Stewart’s wife Penny Lancaster aka Adrienne Maloof’s possible future step-mother-in-law (Adrienne is dating her step-son Sean Stewart) is in talks to join the show. Now we’re learning that there’s another woman who may also be getting a spot on season 4 — Dayna Devon.

Source close to the show tell TMZ that Dayna, the former host of Extra, is the front-runner to replace one of the season 3 housewives and has had several conversations with the casting company.

Dayna is married to famed Beverly Hills plastic surgeon Brent Moelleken and was recently cast on the TLC reality show Plastic Wives, which has been described as a cross between Real Housewives of Beverly Hills and Nip/Tuck. Of joining the show, Dayna told press, “I’m very comfortable with the lifestyle I have and we’re always discussing our surgery so it’s better to show people that it is acceptable on TV. I don’t want people to feel inadequate. If they want to change something, even things that people can’t see, they should be able to!”

While Taylor has been named on several occasions as the one who will get the boot, any other open spots remain a mystery. However, Yolanda Foster did recently say that she may be unable to return to the show because of her Lyme disease.