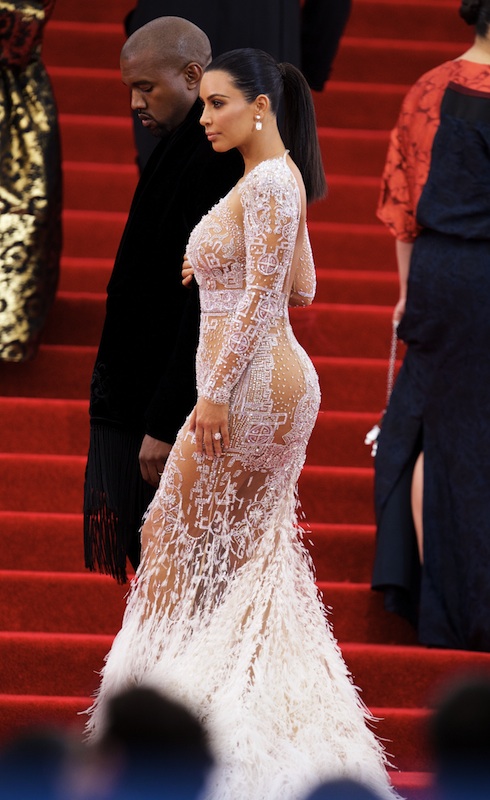 It was a bit of a battle at last night’s Met Gala, and the weapons were sheer, jewel-studded dresses. Beyoncé turned a lot of heads with her nearly-nude Givenchy number; she was hiding behind a few well-placed jewels all night. Kim Kardashian, with Kanye in tow, got her fair share of stares, too, in a peacock-esque Roberto Cavalli dress. 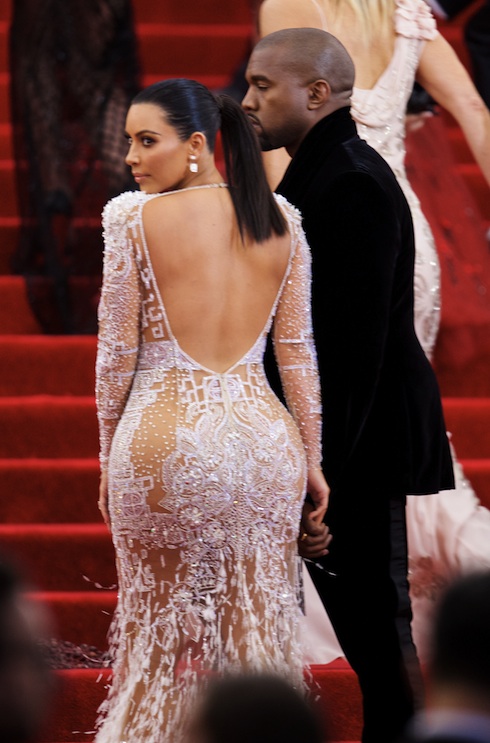 In fact, Kim’s look has raised a few eyebrows for different reasons. The crystal-embroidered dress, with its white fur train, bears more than a passing resemblance to the black-jeweled, purple fur-trained Givenchy gown that Beyoncé wore to the 2012 Met Gala. According to Kim, though, this look was inspired by Cher–and Cher was just one of the many celebrities who couldn’t look away from Kim. You can count Kanye among their number: 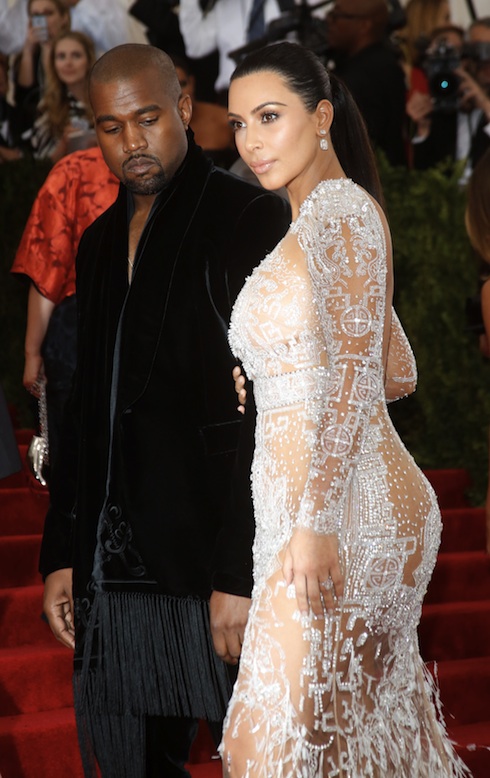 Indeed, underwear-free was the theme of the night. Kim, Beyoncé, and Jennifer Lopez all wore dashing and different variations on the sheer, bejeweled style, and all left very little to the imagination. The event’ focus was–ostensibly–on fashion, but the amount of skin on display was difficult to ignore. 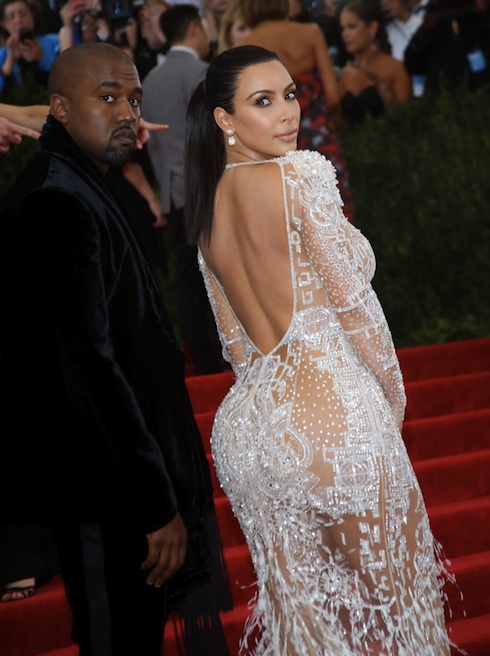 Kim also shared a bevy of behind-the-scenes shots on Instagram. She singled out the aforementioned Cher for special praise, citing her 1974 Met Gala dress as the chief inspiration for her 2015 look. Kim also sided on with J-Lo so Kanye could take a shot of their dueling cabooses, and saddled up with Lady Gaga for an interestingly lit boob shot:

With my idol @jlo by Kanye

This beauty, this icon! I’m so so happy I met her!!!! We spoke about our amazing Armenian journeys! And that Bob Mackie gown she wore to the Met 1974 A photo posted by Kim Kardashian West (@kimkardashian) on May 4, 2015 at 9:33pm PDT

I just love this girl @ladygaga

PHOTOS: Do you like Lady Gaga’s new brown hair?

Did Lady Gaga try to game the Billboard charts?