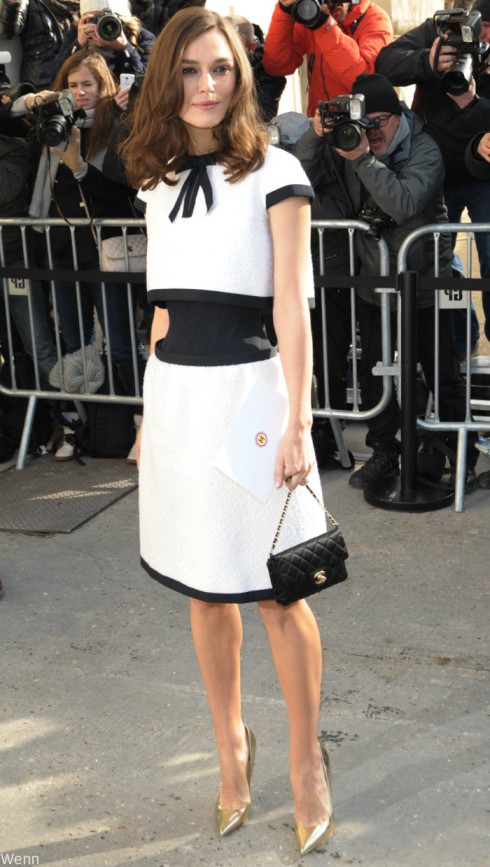 Keira Knightley showed optical illusions can be fashionable at Paris Fashion Week Fall 2014 show today: Her Chanel outfit featured a full crop top and skirt with a slimming black shirt exposed in the middle. As a result, the slender actress’ waist looked even more diminutive than normal.

Even though the avant-garde look demonstrated Keira would fit in on the catwalk, she took in Chanel’s show from the front row. She was joined at the event by husband James Righton. 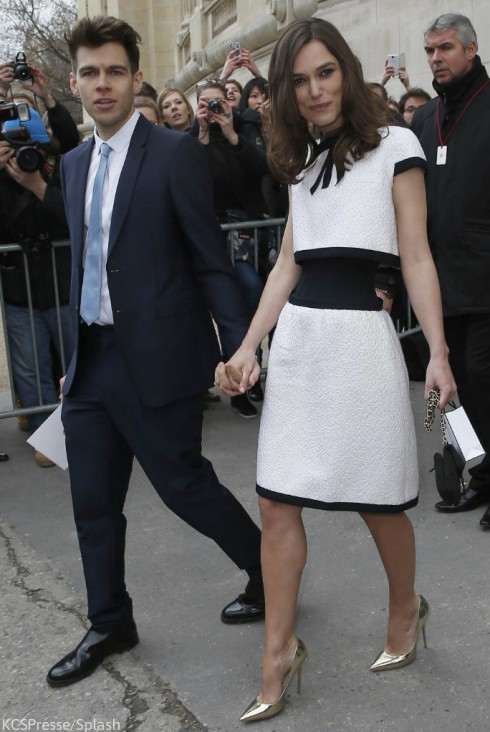 Although Keira seemed pleased to show off her small waist, her thin frame has been a sensitive issue ever since she broke into international stardom with 2002’s Bend It Like Beckham. She said in 2006, “I’ve got a lot of experience with anorexia — my grandmother and great-grandmother suffered from it, and I had a lot of friends at school who suffered from it, so I know it’s not something to be taken lightly and I don’t. But I don’t have it, I am very sure of that.”

While promoting Jack Ryan: Shadow Recruit earlier this year, Keira reiterated the same thing to UK’s Express. She added the very thought of a diet makes her “want chips and ice cream.”

Keira’s mother, Sharman Macdonald, told The Daily Mail in 2008 that Keira’s frame is the result of her father’s genes.

“She has always been thin. She’s her daddy’s daughter, with his long body,” Keira’s mother said, adding it’s a “form of bullying” when people call her daughter anorexic.