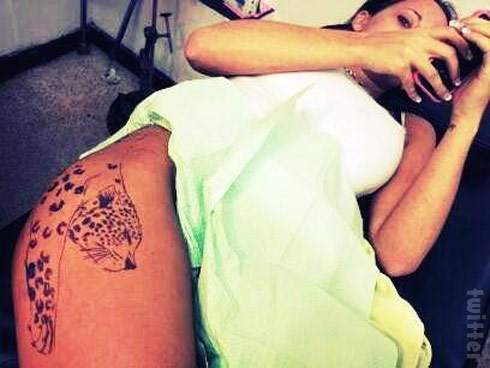 Teen Mom Jenelle Evans has never been one to sulk for very long, and just a week after breaking things off for good from on again/off again boyfriend Kieffer Delp not only has she found herself a new man (and potential new roommate) in hunky Courtland, but she’s also gone and gotten a huge hip leopard tattoo! 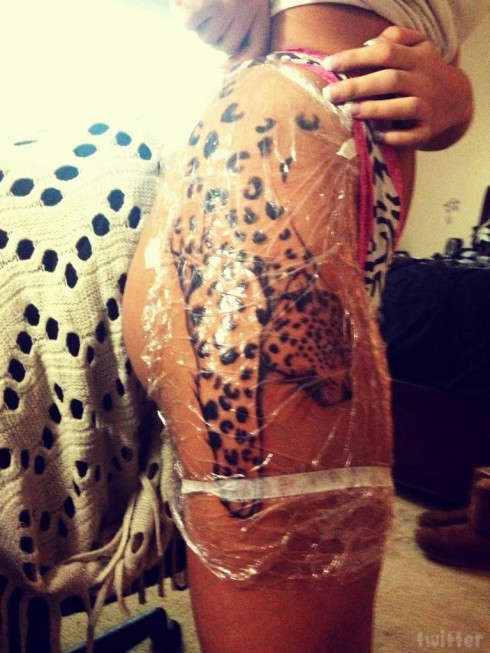 The 20-year-old reality star posted these photos earlier today along with tweets like, “Oh mannnnnnn! Ouuuuch!” “Tattoo complete 🙂 take more pics later. The leopard print fades up my hip !!!” and “Up close view of my new tattoo. A lot better picture !”

She took to Sulia later and explained the meaning of the leopard tattoo:

I have been planning this tattoo out for a while now but I never wanted to get it done because I didn’t feel as if it was the correct timing because it didn’t mean anything to me. I thought that it would be stupid to get it without any meaning.

Just recently I thought about it and got it! The Leopard itself represents how strong I am but no one knows and they underestimate my strength so that’s why the leopard print fades away.

I’m so strong and no one sees, I guess no know one sees my strengths because I do it discretely.

It’s very hard to explain my tattoo but I know what it means. I hope you guys understand, lol. 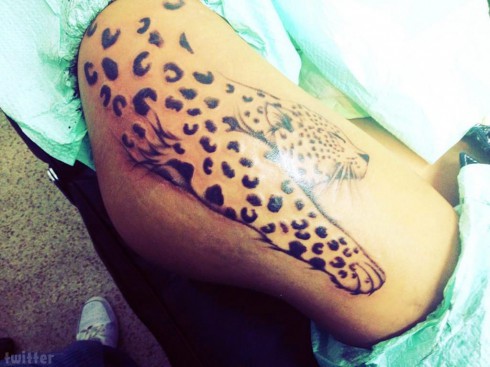 The leopard joins Jenelle’s growing collection of skin that includes a butterfly skull on her lower back, the letter “J” for Jace on her neck, a rose on her shoulder, and a massive cherry tree blowing in the wind on her back.

So what do you think of Jenelle’s elaborate new tat? I can’t help but think of that old adage about a leopard not being able to change its spots 🙂

UPDATE – Here are a couple more photos shared by Jenelle after the initial batch along with the tweets, “Here’s a good close up of my whole tattoo. I’m wearing my bathing suit bottoms so nobody freak out.” and “Haha so cute god I love my new tattoo !!” 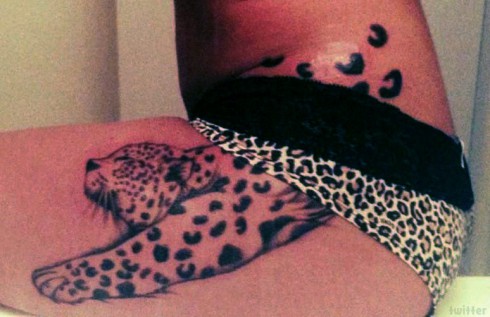 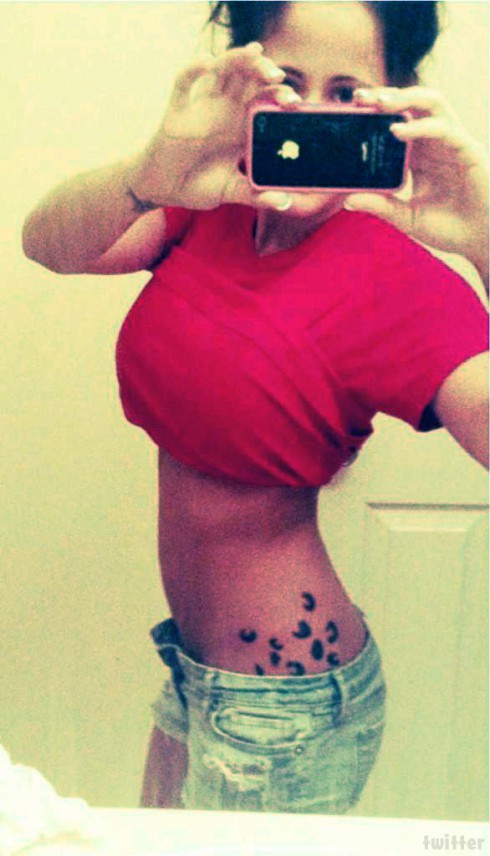