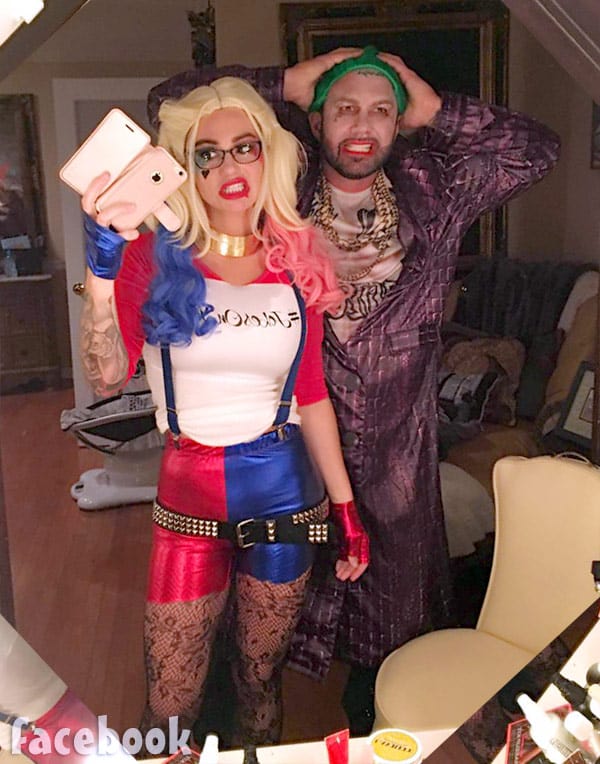 I’m a HUGE fan of pretty much all celebrities in Halloween costumes and one of my consistent favorites is former Jersey Shore star Jenni “JWoww” Farley. This Halloween JWoww did not disappoint as she dressed up in three completely different costumes to celebrate the weekend — including two with the kiddies!

Before we get to the full family pics, JWoww’s first look was from Saturday as she paired up with hubby Roger (although it may not be him because it most certainly doesn’t look like Roger!) to go as Suicide Squad lovebirds Harley Quinn and The Joker. (Photo above.) JWoww captioned the photo with “#Halloween got us like ??”

After Saturday’s Suicide Squad outing, JWoww and her entirely family kept the super-hero theme going as they dressed up as The Incredibles “Because my family is pretty incredible ❤️” JWoww wrote. 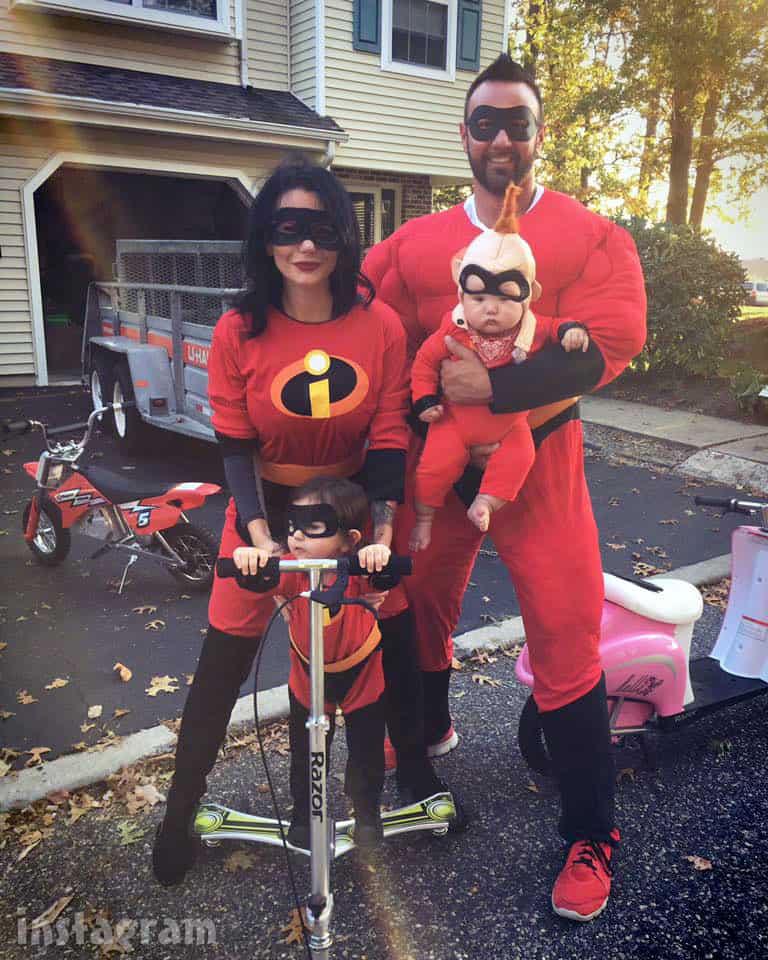 And proving that she is worthy of being an Incredible, JWoww shared this video clip in which she quietly states: “When you’re the only parent that dresses up for the parade.” She then does a selfie pan in which you can tell that none of the other parents were wearing costumes. The camera returns to Elastigirl JWoww as she says “Whoops!” and laughs. “No shame….” she added in the caption. “I’ll be doing this with them forever ❤️❤️❤️”

No shame…. I'll be doing this with them forever ❤️❤️❤️

But the JWoww family costumegery wasn’t over yet! They visited wardrobe and makeup yet again for yet another Halloween parade on Monday — this time JWoww dressed as Ellen DeGeneres and her children dressed as Nemo and Dory: 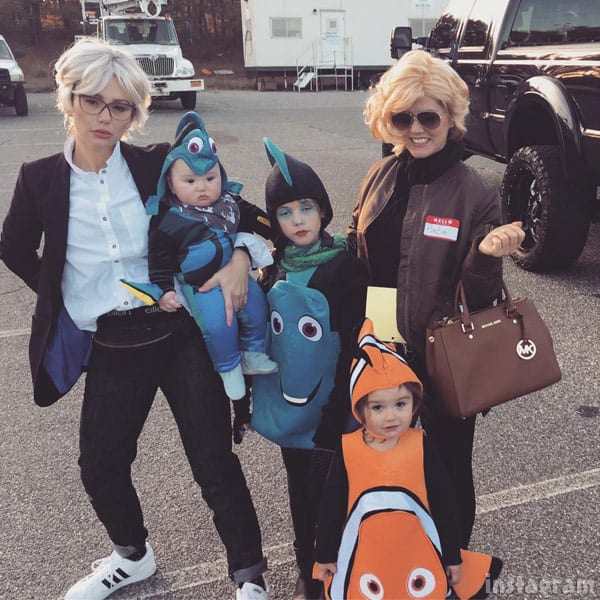 In a couple of funny clips from the parade, JWoww reveals that her daughter Meilani literally snatched her wig!

When ur kids super excited and snatches your wig ???

Beginning of the parade meilani ripped my wig off ???? good times #halloween #parade

In celebration of my admiration of JWoww dressing up over the years, here is my list of my top 5 favorite JWoww costumes ever with links:

5. JWoww the gangster (Roger’s hat helped this one make the list)

4. Snooki and JWoww as the Queen of Hearts and the White Queen (Plus Tweedly Dum and Tweedly Dee)

3. JWoww as a sexy schoolgirl

1. Snooki and JWoww in Victorian clothes 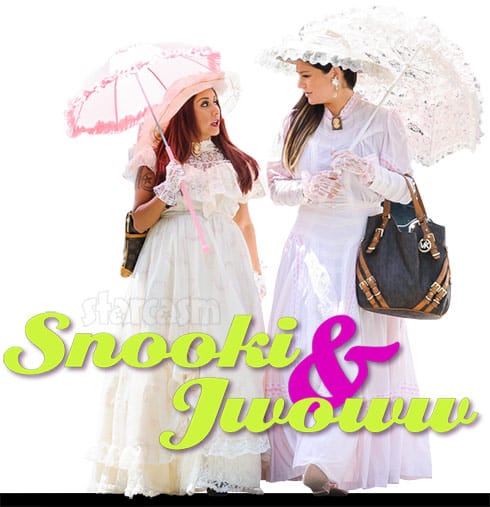