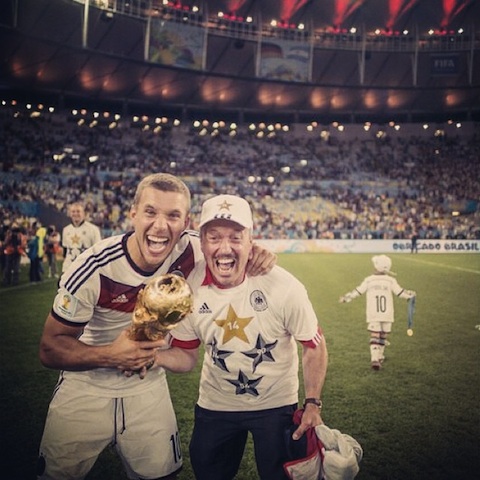 Last week, the German national soccer team returned home triumphant, bearing the World Cup trophy and winning smiles. They celebrated their 1-0 defeat of Argentina in the final match with over 400,000 of their countrymen at a massive party in Berlin.

And apparently they had quite a bit of fun doing it, because someone went and broke the darn Cup. According to German Football Association president Wolfgang Niersbach,

At one point, a small piece of our World Cup trophy was chipped off. But do not worry! We have specialists on the case who can fix it. We have investigated persistently who it was that damaged the trophy, but the investigation was concluded without a result.

Avid Starcasm readers, though, are not alarmed. They know that the trophy the jubilant Germans damaged is not the real deal, 18-karat gold prize hoisted about the pitch in Rio after the final whistle.

No: the trophy the Germans took home is a gold-plated replica. The real trophy is worth ten to twenty million dollars, depending on whom you ask. Which is why it’s locked away safely in a Swiss vault.

You’ve got to love the euphemism Wolfgang used, too: “the investigation was concluded without a result.” What that really means is “This was all in good fun, and we know darn well who did it, but there’s no point in spoiling a good time.

So it’s up to us to speculate. Who did it? Was it Rihanna, who partied well into the night with enamored team members? 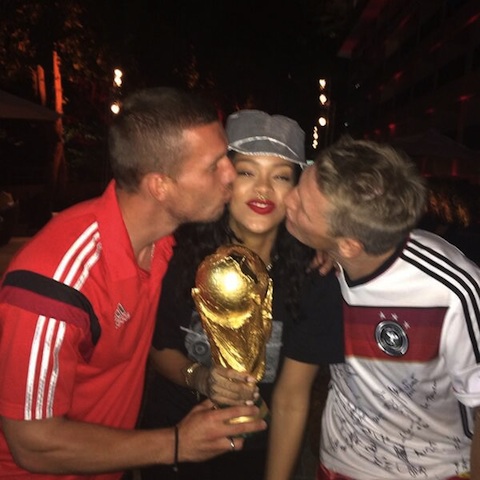 Was it all-time World Cup-leading scorer Miroslav Klose, who took advantage of a photo op with his children and German chancellor Angela Merkel to throw everyone off the scent? 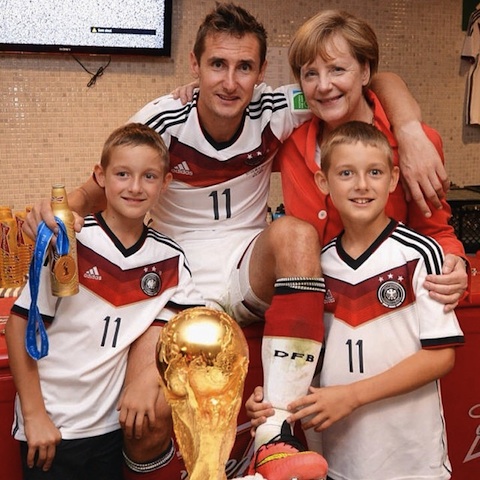 Was it Mario Götze, clear MVP of the final, whose beautiful goal in the 113th minute gave the Germans the win?

Or was it some other, darker figure–one cloaked in mystery and shadow?