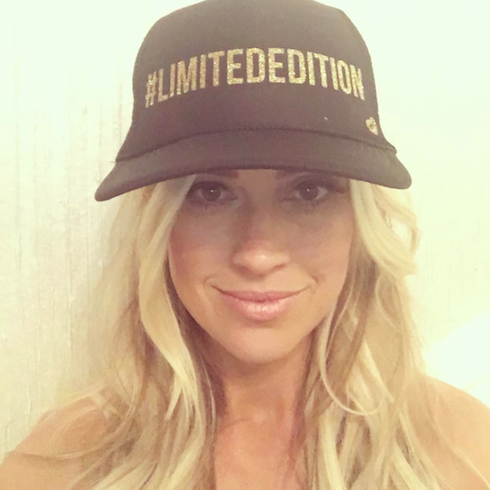 It’s been three months since Flip or Flop‘s Tarek and Christina El Moussa welcomed Brayden, their second child, to the world. Since then, it’s been a real whirlwind for the family, who also recently celebrated Tarek’s positive prognosis following his thyroid cancer battle.

The couple announced Christina’s pregnancy with an Instagram post this past April. (And, as many observers pointed out, it was interesting how the timing of that announcement coincided with Flip Or Flop‘s season premiere.) Getting pregnant wasn’t easy for the couple, for whom in-vitro fertilization failed twice. Christina also miscarried once before becoming pregnant with Brayden.

“I had to be super strict,” Christina told People magazine at the time. “I had to do one full week in bed. For thirteen weeks after that, I couldn’t go for a walk and couldn’t lift anything over a gallon of milk. We planned it during Christmas break so I wasn’t working. We did everything we could to make sure this one worked.” 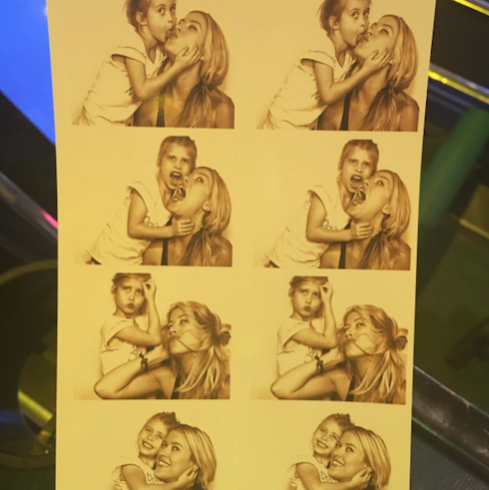 In addition to all of that, the family has been dealing with Tarek’s ongoing treatment for thyroid cancer, with which he was diagnosed by a stroke of complete luck. When a Flip or Flop viewer contacted the show’s producers to express concern about an especially sinister-looking mole on Tarek’s back, he had the mole checked out–and found out that it was in fact a tumor. By the time Tarek began treatment, the cancer had spread to his thyroid.

That was in 2013. Since then, Tarek’s been through several stages of treatment, and says that while his energy isn’t what it used to be, his outlook is good. ““I feel good,” he said recently, “but I don’t have the energy I used to have. The only thing is most days or like half the time I feel a little jetlagged. I’m really tired…

“There is always that chance of reoccurrence,” Tarek continued, “but every year that goes by the odds of reoccurrence goes down so it’s good. I have slowed down quite a bit. Which is actually a good thing because I can actually relax now.”

So, in celebration of Brayden’s three-month birthday and the whole family’s good health, here’s a Flip Or Flop family photo album, stretching all the way back to the April pregnancy announcement and continuing to the present day!

SO excited to announce Taylor is going to be a big sister!!!!! Our Baby BOY is due in August! #20Weeks ??

Potentially my most favorite pic ever!! ?photo credit @brennanlee33 #34weeks #BabyBump A photo posted by Christina El Moussa (@tarekandchristina) on Jul 12, 2015 at 10:11am PDT

Happy Birthday to this amazing man I am SO lucky to call my husband. He received the best gift ever last night.. His baby boy! #BraydenJames born at 815pm weighing 8lbs 9oz!! ????

Yesterday was crazy! Started labor early in the morning. It was progressing nicely throughout the day but in the end I had to have an emergency c-section. It Wasn’t my plan but baby is happy and healthy ?. We love him so much!! A photo posted by Christina El Moussa (@tarekandchristina) on Aug 21, 2015 at 2:22pm PDT

Sneak peek to our newborn photo shoot yesterday. @melissastewardsonphotography this photo is amazing. So excited to see the rest!!! Thanks @shanrbeauty for working your magic on this new mama of 2 ?

Mornings with these two ?? she likes to “match” wardrobes with brother @noxxaz beanie and headband ✔️ onesie from @sugarbabies A photo posted by Christina El Moussa (@tarekandchristina) on Sep 17, 2015 at 9:10am PDT

Those eyelashes and chubby cheeks ?. Sleeping on me during auntie @aelmoussa1 bday bbq. Ill take his sleepy cuddles anytime ??. #BraydenJames A photo posted by Christina El Moussa (@tarekandchristina) on Oct 12, 2015 at 5:32am PDT

We ? our sweet little man!! #BraydenJames #10weeksoldtoday A photo posted by Christina El Moussa (@tarekandchristina) on Oct 29, 2015 at 1:37pm PDT

This made me Lol. Photo credit @bee_elise #braydenjames #12weeks A photo posted by Christina El Moussa (@tarekandchristina) on Nov 16, 2015 at 11:37am PST