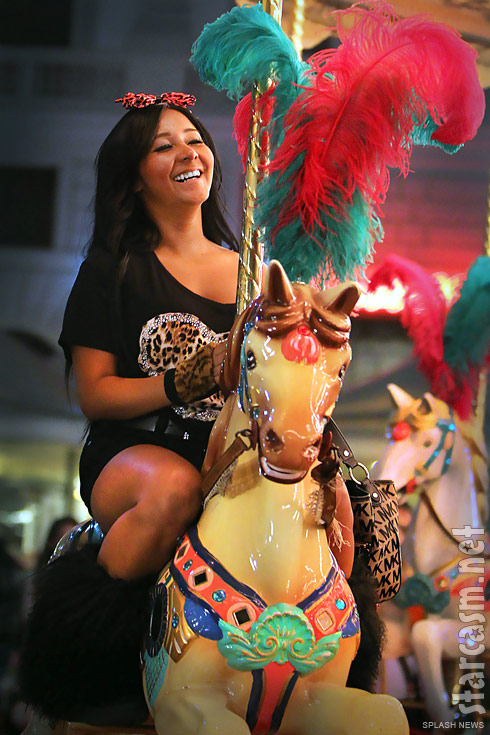 Snooki (as usual) was the most gung-ho as she did her best Asbury Bronco Billy on a colorful steed. The Situation, who was sporting a Lady Killer t-shirt, took it easy inside a carriage and read up on how to speak Italian: 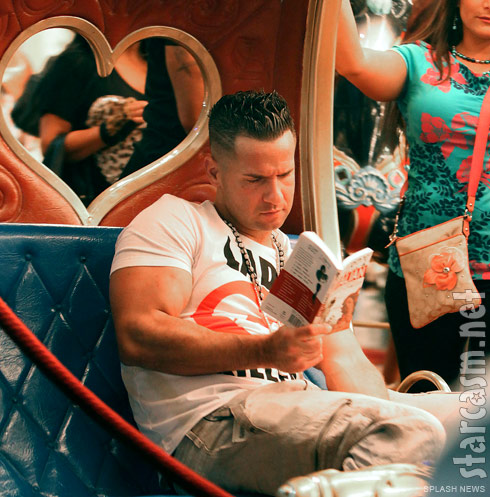 Sadly, there were no photos of JWoww going for a ride, but I can’t do a Jersey Shore cast photos post without my fave so here she is standing beside the carousel looking damn fine: 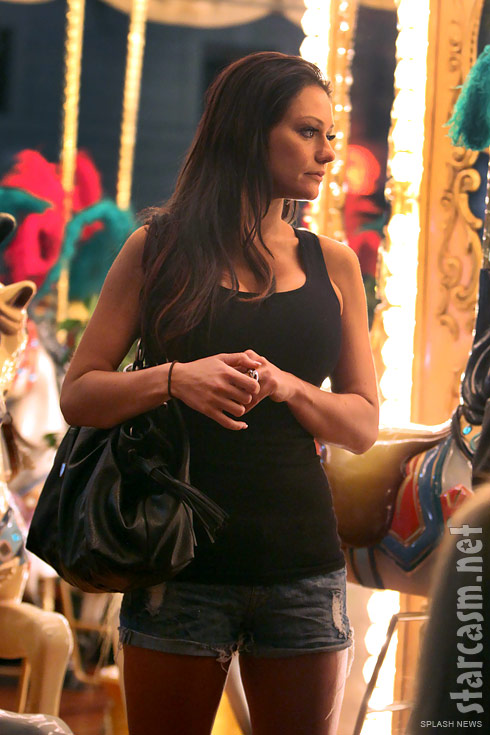 And to give you a taste of just how crazy it is on the streets of Florence when Jersey Shore comes to town, here’s a far away shot that shows the cast as well as the film crew and the mass of people that came out for the spectacle: 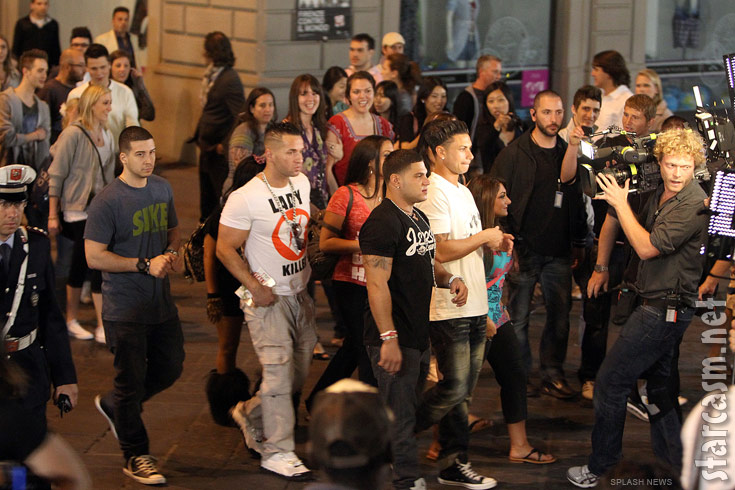 Perhaps later we will have some photos of a knocked out Italian dude courtesy of Ronnie, some vandalized Michelangelo sculptures or a passed out Snooki – or maybe all three! Stay tuned!