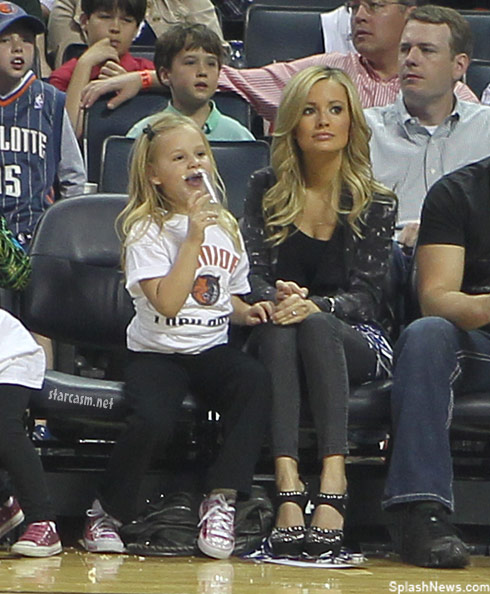 Our last post on the up-in-the-air status of Bachelor Brad Womack and his rose receiving North Carolina sweetheart Emily Maynard was that despite a rough patch the two were giving love a chance and that Emily was going to be making the big move down to Austin to live close to Womack.

Brad had joined the Twitter world and was repeatedly assuring folks that he and Emily were on great terms and working it out.  Since then Womack has deleted that account and our most recent photos that have surfaced of Emily are of her and daughter Ricki Hendrick enjoying last night’s Charlotte Bobcat N.B.A. home game.  That would be Charlotte, North Carolina, a long ways away from Austin, TX!

Maynard did look amazing and in good spirits as she and her daughter got the VIP treatment with some courtside seats.  Later, the Bobcats mascot Rufus Lynx attacked Emily and Ricki in a big ol’ fuzzy fun mascot hug.  Here is the scene from the cuddly attack! 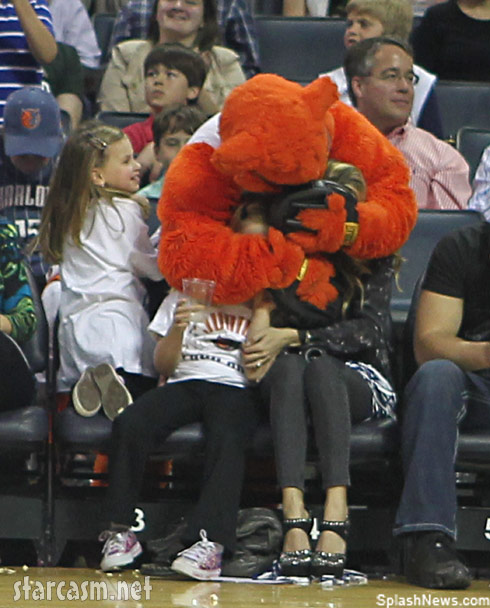 Emily was excited about the fun she shared with her daughter and also took time to defend Brad’s exodus from Twittersville: 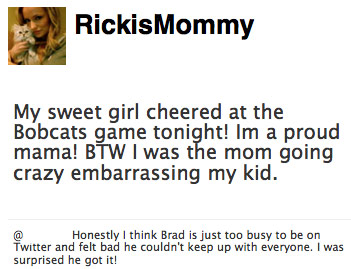 It looks like Emily and Ricki are doing just fine, as for Emily and Brad that’s certainly up for interpretation.