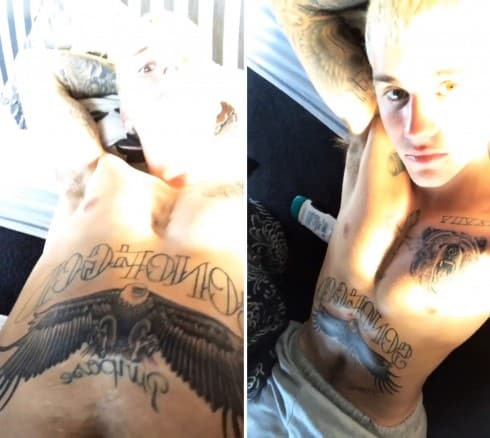 Pop star Justin Bieber was in a sharing mood as he posted a shirtless video to his Instagram Story that featured some serious new ink!

The “Sorry” singer is seen gazing seductively into the camera as viewers catch an eyeful of a snarling bear head adorning his left pectoral muscle. ***GROWL***

This menacing chest bear joins the “Baby” singer’s previous man-nipple regional area tattoos that include a large cross and a roman numeral 1975 in honor of his mom’s birth year. 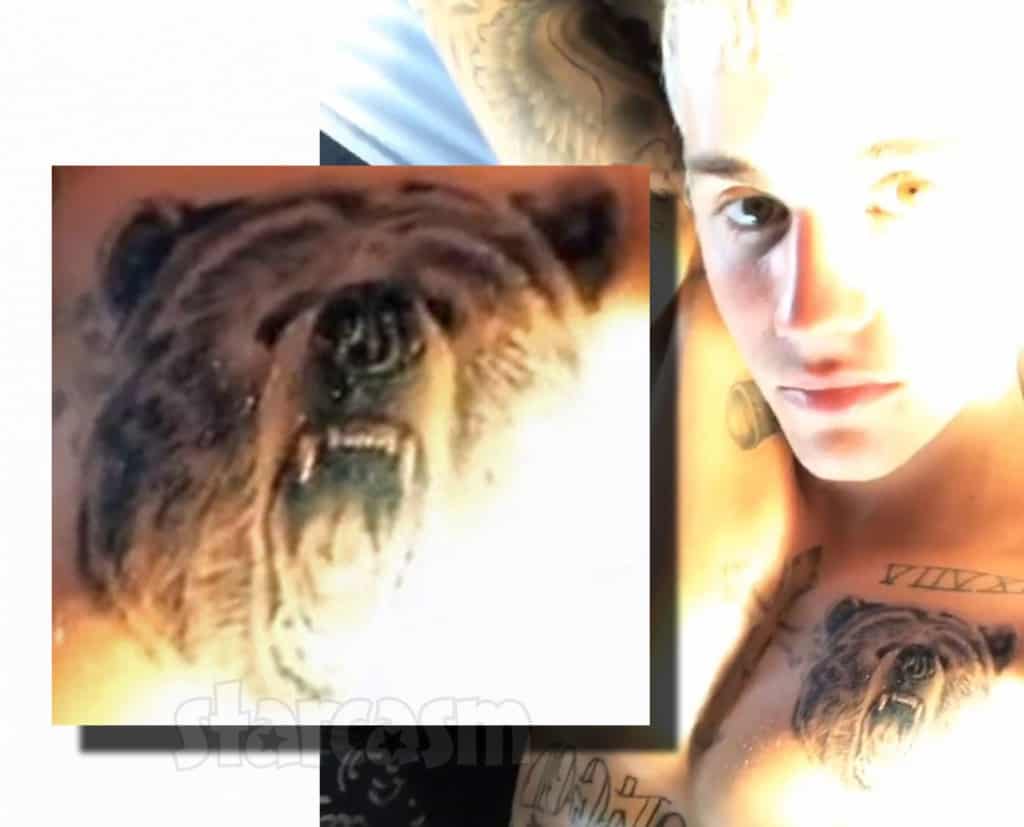 If you can bear to look… Ol’ J.B. wasn’t done with the ferocious animal imagery as the “Confident” crooner adorned his 6 pack with a soaring bald eagle.

This talons-out bad rascal is sandwiched between a sprawling “Son Of God” above and “Purpose” below. 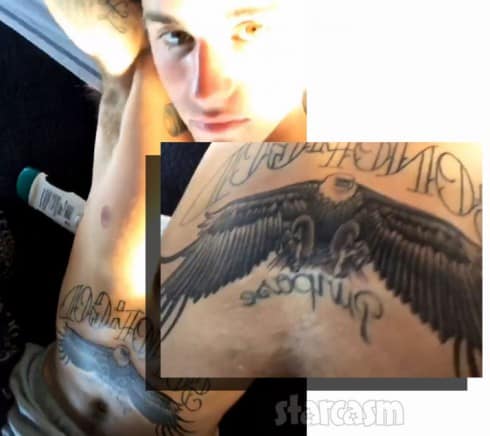 Naked Rihanna shows off her tattoos as GQ’s “Obsession of the Year,” says Chris Brown and Drake fight wasn’t about her