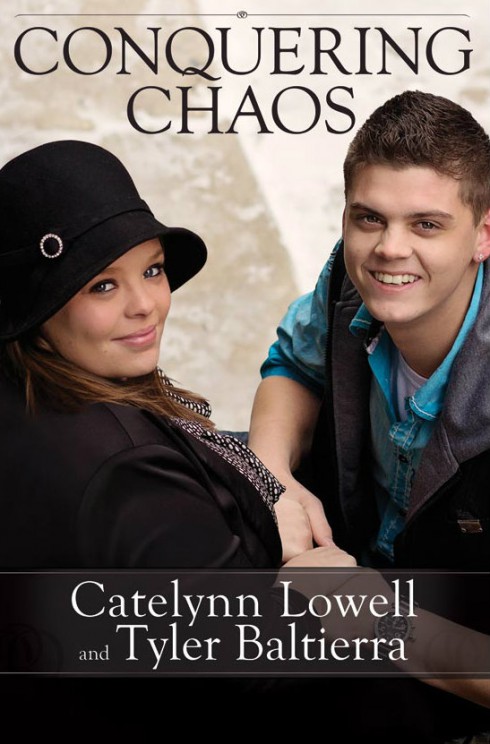 Just days after welcoming baby daughter Novalee, Teen Mom‘s Catelynn Lowell and Tyler Baltierra delivered something else — the cover for their upcoming memoir, Conquering Chaos. And it looks like our initial guess for the design wasn’t too far off!

The book, which is due out on March 15, will reveal more about Catelynn and Tyler’s journey from middle-school sweethearts to teen parents to motivational speakers. From Post Hill Press…

How did two troublemaking kids from the trailer park make it through the storm of family dysfunction, teen pregnancy, and adoption without letting go of each other? What gave them the strength to conquer the chaos of their lives and go on to become people their children could be proud of? And what really happened when the cameras weren’t there?

Now, in their debut book, Catelynn and Tyler tell the story in their own words… And they leave nothing out. From the wild behavior that went down before MTV to their experiences learning and teaching about adoption, Catelynn and Tyler lay it all out on the table. Open, honest, raw, and real, Conquering Chaos is an incredible look at two young people who beat the odds and used their victories to give hope to others.

Catelynn and Tyler haven’t yet shared the cover, which was originally posted by Radar Online. That’s likely because they have their hands very full dealing with their newborn daughter.

Love my Novalee Reign Baltierra so much! She's amazing…. simple as that

The pair has teased their new family photos, which were taken on Tuesday by Four 13 Photography’s Ashley Haponek. (It looks like she was the same one who photographed Catelynn and Tyler for their book cover!) 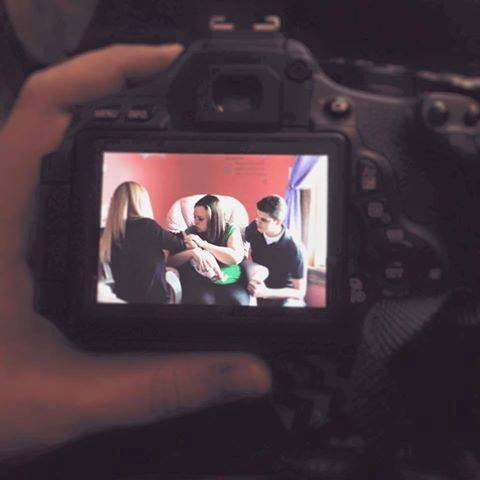 And, as if caring for a newborn, preparing for a book release and being adoption advocates isn’t enough, Catelynn and Tyler have reportedly set a (new) date for their wedding! The Ashley’s Reality Roundup reports Catelynn and Tyler have settled on an August 2015 date in Northern Michigan, which is an absolutely beautiful time of year in a beautiful part of the state. The Ashley is also confident the wedding will appear on an episode of Teen Mom two seasons from now. (The upcoming season hasn’t even premiered yet, but between Catelynn and Maci’s pregnancies, the ratings are sure to be good.)

Based on their schedules, it sounds like “Conquering Chaos” is a good way to describe Catelynn and Tyler’s lives in 2015!

Teen Mom Amber Portwood gets into fist fight at IHOP