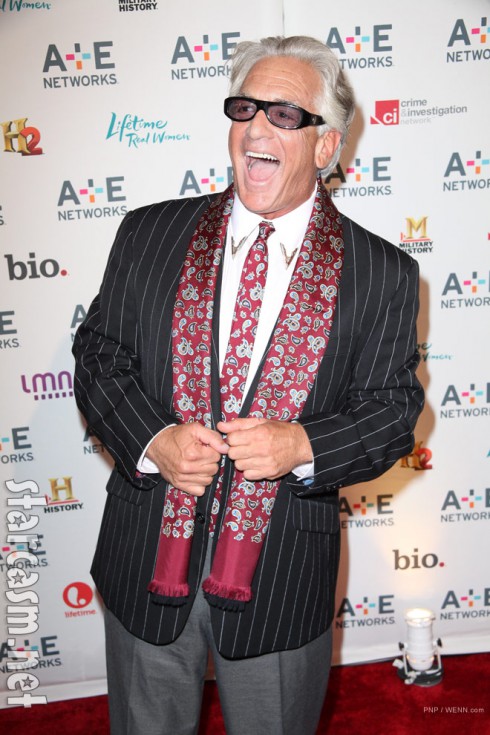 The Big Apple was transformed into the Big Yuuuuupple Thursday night as the entire cast of the A&E blockbuster reality series Storage Wars were in attendance at the network’s 2012 Upfront presentation held at Lincoln Center.

As you might expect, charismatic rock star collector Barry Weiss (above) stole the show in his pen strip suit with scarlet paisley tie and… matching scarf!?! As Forrest Gump would say, “Cool is as cool does.”

Also electing to go with pen stripes was Jarrod Schulz, who braved a matching pair of black Chuck Taylors for his red carpet look. But, Jarrod is hardly noticeable standing next to his lovely partner (and starcasm fave), Brandi Passante, who wore a fun white dress with a red floral pattern that really showed off her much-celebrated figure: 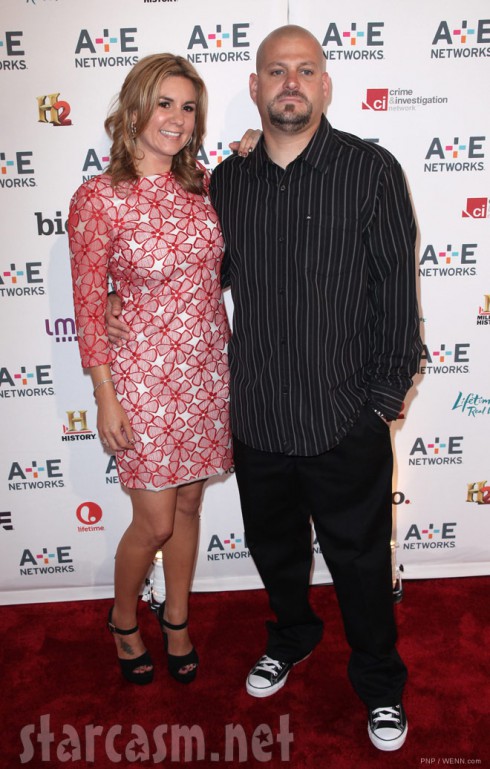 Darrell “The Gambler” Sheets also had a beautiful blonde better half to show off as he posed with his fiancee Kimber Wuerfel. 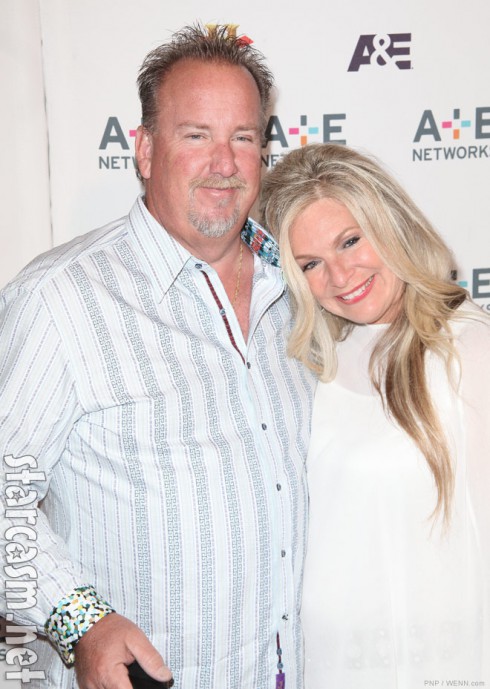 That’s a thousand dollar bill all day! Or would that be the “wow factor?” Let’s just say she’s both 🙂

Ah, but as anyone who knows the facts of life is well aware, you gotta take the good and the bad! Yuuuupppp, Storage Wars super villain (and storage unit auction maestro) Dave Hester was also in attendance, dressed all in black and wearing a trademark “Yuuup!” shirt: 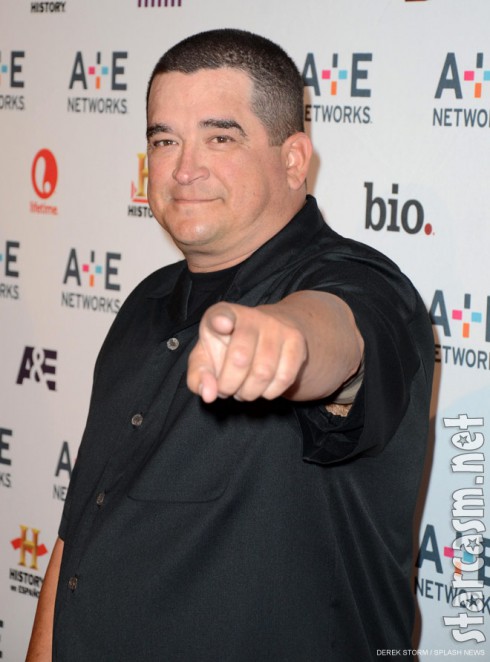 And you can’t have a gathering of Storage Wars folks without an auctioneer! Dan Dotson and his wife Laura Dotson also kept with the all-black theme, Dan with his patented perfect hair intact: 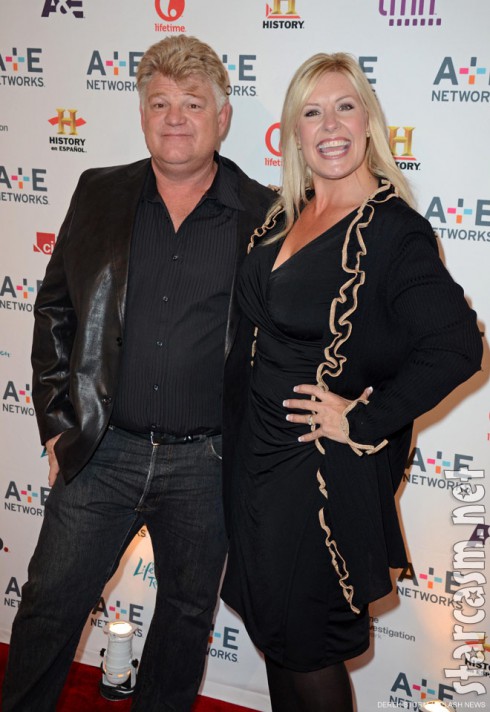 And here are lots more photos – just click on the thumbnails for larger photos! 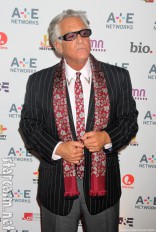 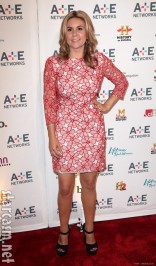 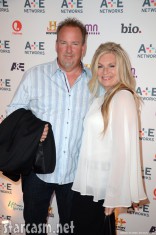 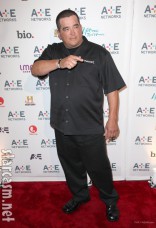 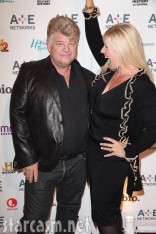 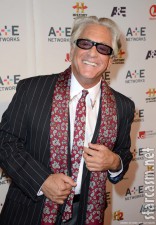 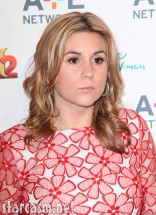 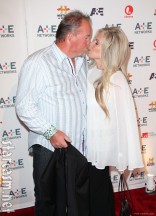