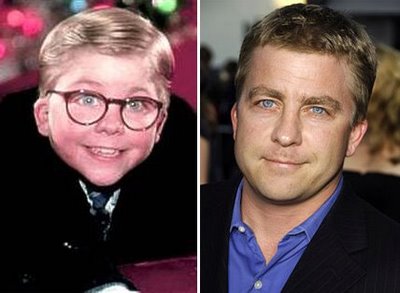 The now 39-year-old actor/director/producer is executive producing a musical based on the A Christmas Story in Seattle, but he also directed rom-com Couples Retreat (2009) and produced Four Christmases (2008) and The Break-Up (2006).

The Christmas Story musical has songs written by Broadway veterans Benj Paske and Justin Paul and may include a leg lamp kickline!

Billingsley, who still has shockingly crystal-blue eyes talked to The Hollywood Reporter about his new endeavor:

“A Christmas Story has always meant a lot to me personally. I’m excited to bring this film to the stage, because the story and the characters lend themselves so well to the world of musicals.”