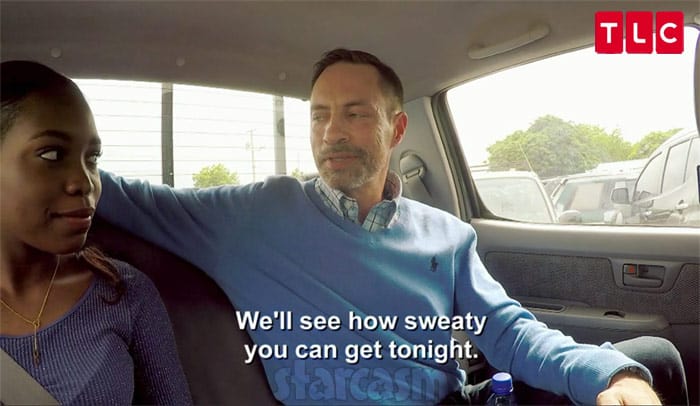 Could it be that we have our first Before the 90 Days baby on the way?!

On the show, 47-year-old Sean Hiler from Ohio and 20-year-old Abby from Haiti made it very clear what they were going to be up to on his first night in Haiti — and it wasn’t just sorting panties (photo above). So is it possible all that sweating has resulted in a lil baby #Shabby on the way?! 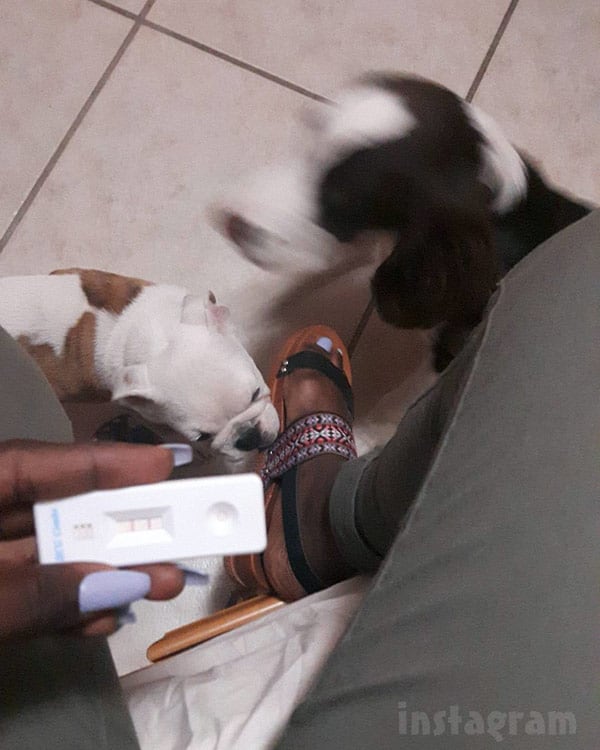 “One question: is that 2 bars?” Abby asked in the caption.

The @90DayFianceFan Twitter account shared the photo and congratulated Abby and Sean with a question mark before suggesting and alternative possibility: “Or are they punking us stupid fans?” The account then tweeted a photo of a canine parvovirus test that looks very similar to the one posted by Abby:

Sean responded by tweeting “It’s not a parvo test FYI.”

@90DayFianceFan continued to ask the hard questions: “So what is it?”

It was Abby who answered back: “A pregnancy test.but it’s not mine! It’s a friend’s. I just wanted to confirm if she’s pregnant or not.”

Abby told the same story in the comments section of the original Instagram photo. “The test isn’t mime [sic],” she wrote. “I just wanted to confirm if my friend is pregnant and yes she definitely is.” She later reveals that she will be the baby’s godmother. (I just realized, by accidentally typing “baby” incorrectly, that it is an anagram of Abby! Random, I know. Sean is an anagram of sane, I guess I should point out too.)

So why post the photo initially without a clear explanation? Was Abby just trolling fans of the show, a lot of which haven’t necessarily been the biggest #TeamShabby cheerleaders? I certainly think so. And why not? Might as well have a little fun with the haters, amirite?

I assume that Abby and Sean will be back this week after being completely left out of the last episode. (I don’t like how doze TLC dealers be steppin’ on my BT90D coke with these new couples! #PaulDarceySeanAddict) Of course, it looks like there is another new couple being introduced this week, so it could be that #Shabby winds up on the cutting room floor again — or maybe Darcey or Paul. (Oh Hell naw!)

I suppose we will all have to tune in to find out when the brand new episode of Before the 90 Days airs Sunday night at 9/8c on TLC!

UPDATE – Although it didn’t address the pregnancy test post specifically, Abby just shared an Instagram message for her haters that suggests there will be lots more reason for them to be upset soon! Here’s what she wrote:

Dear people who are judging my relationship with Sean! I have so much more for you to be mad at since you are so perfect!

Just be patient ??? -Abby The Gold-digger