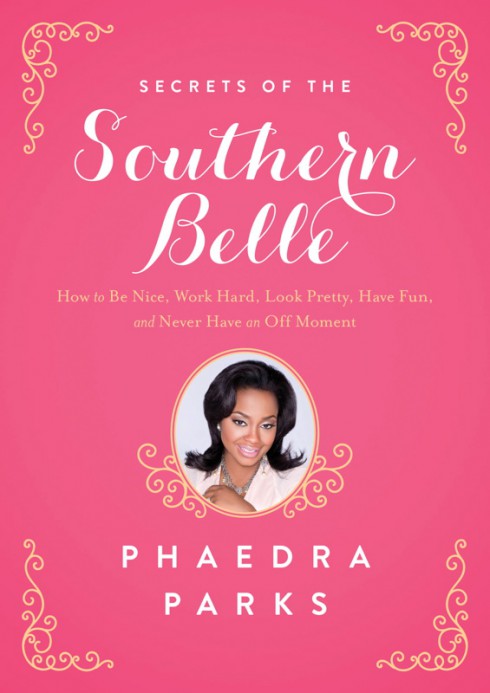 Are you having difficulty dealing with the NeNe Leakeses and Kenya Moores in your life? Are you unsure of being able to handle dramatic confrontations and/or awkward situations while maintaining the class and elegance of a lady? Fear no more! The Real Housewives of Atlanta‘s resident Southern Belle Phaedra Parks has written a book just for you titled Secrets of the Southern Belle: How to Be Nice, Work Hard, Look Pretty, Have Fun, and Never Have an Off Moment, because “everybody knows” Phaedra Parks has it all — and she’s willing to share!

The book is scheduled to be released on November 12, 2013, although it is available for preorder from amazon now in both hardcover and kindle formats. Here are all the details on Phaedra’s book from the publisher:

From Phaedra Parks, breakout star of The Real Housewives of Atlanta, comes a true Southern Belle’s witty, practical, and no-nonsense guide to life.

She’s the voice of reason on the Bravo’s massively popular The Real Housewives of Atlanta, known for her major career, happy home life, redonkulous caboose—and for being the ultimate Southern Belle. Phaedra Parks has spark, but she’s also got serious savoir faire. She’s spent her entire life as a Southern Belle and she has a lot to share. What’s more, she honestly believes life as a Belle is simply better, for you and for the people around you. 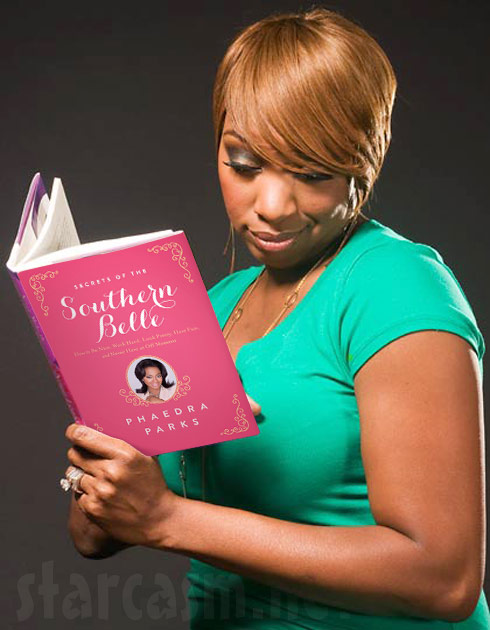 As Phaedra knows better than anyone, if you are a Southern Belle, men would find you fascinating and women would want to be your friend. You would always be perfectly put together and never at a loss for words. You would have access to the very best of traditional Southern ways as well as the freedoms and opportunities of the twenty-first century. You would be charming and impeccable. You would never wear sneakers outside the gym.

In Secrets of the Southern Belle, Phaedra dispenses invaluable advice about fashion, etiquette, dating, and the workplace, giving a modern twist to traditional values and Southern etiquette. From nailing an interview to hosting the perfect backyard barbeque to the art of playing hard to get, Phaedra will help you tackle whatever comes your way — without ever breaking a sweat.

Publisher’s “About the Author:”

Phaedra Parks has been one of the Real Housewives of Atlanta since 2010. She is also managing partner of The Parks Group, a boutique law firm specializing in entertainment, intellectual property rights, civil, and criminal litigation. She is a certified mediator and arbitrator. Born and raised in Georgia, Phaedra received her BA with honors from Wesleyan College in Macon, Georgia, and her JD from the University of Georgia. She has also served as consulting producer and talent for one of BET’s most-viewed shows, Tiny and Toya. Her volunteer and philanthropic work includes board membership of the Junior League of Atlanta, Atlanta Children’s Shelter, American Heart Association, Ambassador for Be A Hero and the American Bar Association’s Advisory Board. Phaedra is the proud wife of Apollo Nida and mother of Ayden.