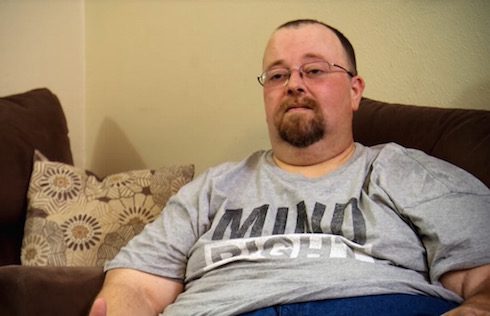 It’s been a slow, steady, and successful weight loss journey for Chad Dean since he made his My 600 Lb Life debut back in Season 4. And it looks like the man’s story is about to find another medium — in addition to his time on the show, Chad Dean now is putting the final touches on his memoir, which is scheduled for release next month.

Viewers first met Chad at his peak weight of 700 pounds. Though he’d been employed as a trucker, Chad’s obesity cost him his job. He turned to Dr. Now for help, and the pounds began to vanish. By the end of his debut My 600 Lb Life episode, Chad had lost almost 300 pounds.

Of course, this left Chad with the problem that so many successful cast members have — namely, he needed to find the money to pay for skin removal surgery. As we wrote earlier this year, Chad started a GoFundMe to help defray the cost of surgery; he’s received several hundred more dollars in pledges since then, and is up to $5,490 of his $8,700 goal as of this writing. (You can donate to Chad by clicking here.)

According to the fundraiser’s most recent update, Chad went in for another round of skin removal surgery about a year ago. Which may account for the fact that he himself recently confirmed he’s lost even *more* weight. He revealed in a fan interaction that Chad Dean now has dropped a grand total of 420 pounds from his peak weight, and currently weighs around 280. That’s a total of 60% of his peak weight — a percentage not many of My 600 Lb Life‘s cast members reach.

On that note, here’s the most recent photo Chad has made public. He took it in his truck on November 6th, while actually putting on weight by participating in “No-Shave November” 😉 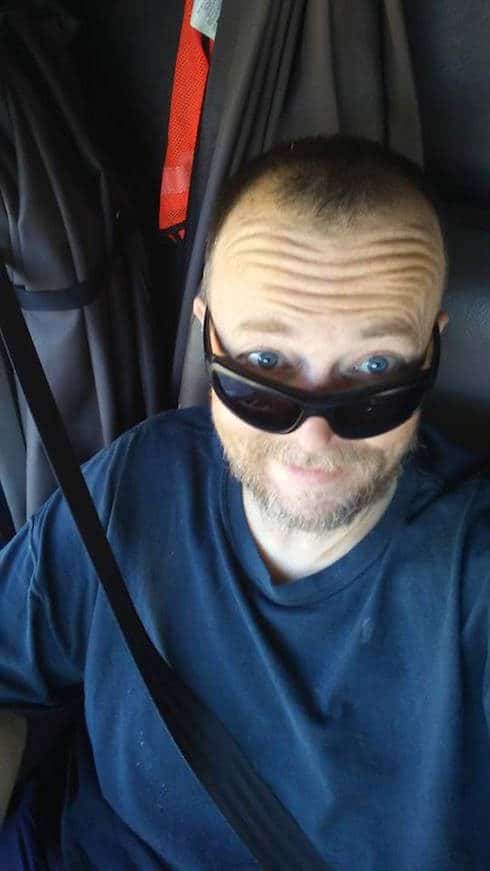 As far as Chad’s aforementioned memoir goes, it’s entitled I’m In Here Somewhere: Memoir of a Food Addict, and Chad wrote it with author Celeste Prater. (Prater receives an “As told to and written by” credit on the cover.) Chad revealed the book in an October 4th update, offering it for anyone “wondering what [he’s] been up to.” Chad further explained that he’s “been busy sorting through all the changes in my life,” something that in turn “inspired me to write a book hopefully to help others.”

Prater also offers updates on the memoir’s progress via her own web site. Per that site, I’m In Here Somewhere is still scheduled for publication on January 15th. The memoir also has an official teaser trailer:

Speaking of sorting through changes, one of Chad’s most recent social media updates was a brief, heartfelt tribute to Dr. Nowzaradan. “Like to say thanks to a person who has not only changed my life but the lives of so many people words,” Chad wrote. “Can’t say how special this man is in my life.”

Finally, in another happy update, we’re pleased to report that Chad Dean now is the proud owner of a Harley, something that has to feel especially good in light of the financial woes Chad’s suffered. He shared a photo of himself on the bike this past spring, in what doubles as the most recent full-body picture Chad has made public. And Chad was quick to confirm for incredulous fans and friends alike that, yes, the Harley really is his: 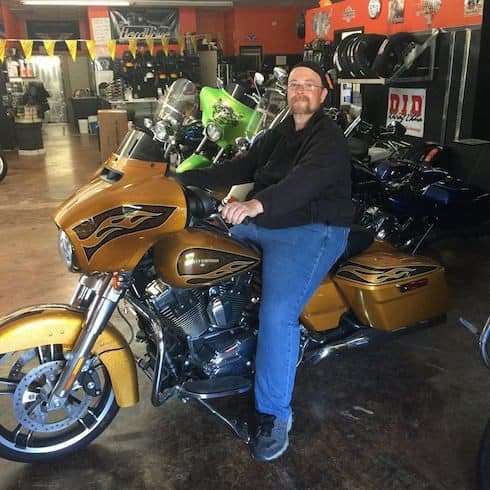 You can revisit Chad’s first My 600 Lb Life episode here, and his 2017 Where Are They Now? follow-up here.