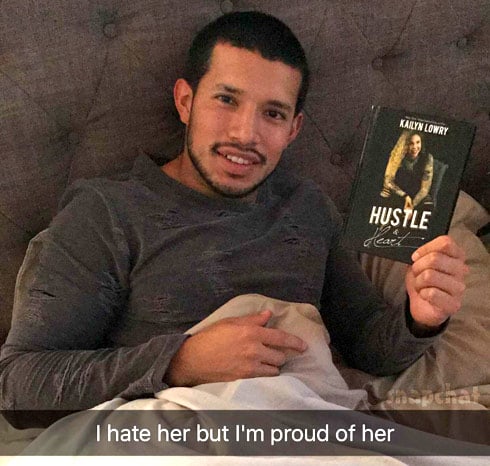 Former Teen Mom 2 super couple Javi Marroquin and Kail Lowry reportedly just finished up filming Marriage Boot Camp: Reality Stars and apparently one of the lessons learned in the house by Javi is to be blunt — very blunt.

Earlier today, Javi posted the Snapchat photo above holding Kail’s new book Hustle and Heart (due out November 22) and he captioned it by writing “I hate her but I’m proud of her.” (More like OHSnapchat, am I right?!)

As you might imagine, the caption drew a lot of criticism online, but Javi was quick to brush it off by suggesting that Kail actually came up with the wording!

@officialteenmo1 @KailLowry lmao she made up the caption. Get over it

Perhaps I’m overly sensitive given that we now live in the post-PC Donald Trumpiverse, but “hate” sure seems like a strong word to be using when talking about the mother of your child. But hey, if Kail really did write the caption, then I guess I can’t be too put off by it, right?

Meanwhile, prior to “promoting” Kail’s new book, Javi shared some good news in that he apparently has a new rank in the Air Force:

To clear up everything (or perhaps make it ten times worse) I think Kail needs to retweet that and add: “I hate him but I’m proud of him.”

Speaking of Javi, the Air Force, and Kail, I’d like to pay tribute to the love they once shared with one of my favorite Teen Mom Photoshop creations ever… 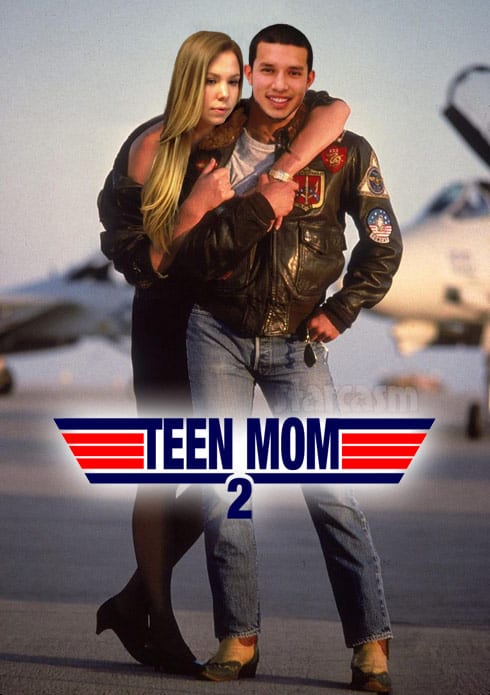 * Yes, I realize Top Gun was about a Navy pilot.