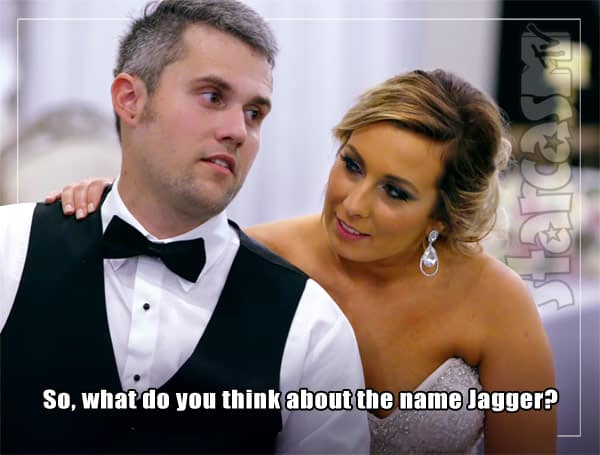 One day after it was revealed that Teen Mom OG star Mackenzie Edwards is pregnant with her and her husband Ryan Edwards’ first child together, news broke that Ryan had been arrested on a charge stemming from a 2017 heroin possession arrest. Mackenzie made some statements in the immediate aftermath, but then reports surfaced of Ryan being active on the dating app Tinder again, and since that time both Mackenzie and Ryan have been off the grid.

As a result, we have had no further updates on the couple’s pregnancy outside of new show footage recorded weeks and months ago. Last week a photo surfaced on multiple Teen Mom Facebook pages showing Ryan and Mackenzie along with the caption: “IT’S A BOY! Jagger will be here in October 🙂 ” There was no source attached to the due date and name reveal, so the news just swirled about the Teen Momiverse as a rumor as people expressed there opinions on the name choice.

The rumor gained a little more validity earlier today as Radar Online shared an “exclusive” story citing a source who verifies that Bentley’s newest little brother will be named Jagger. “They plan to name their son Jagger,” Radar’s source spilled, adding that Mackenzie “is due October 16.”

It is assumed that Jagger is pronounced like The Rolling Stones singer Mick Jagger and not like the German liqueur Jägermeister.

So what do you think of the name Jagger Edwards?

Meanwhile, Ryan and Mackenzie will be returning for Part 2 of the Teen Mom OG Finale Special with Dr. Drew on Monday night, and judging from this dramatic preview clip, you don’t wanna miss it! And who knows, perhaps Mackenzie and/or Ryan will reveal the sex of their baby and/or his or her name?