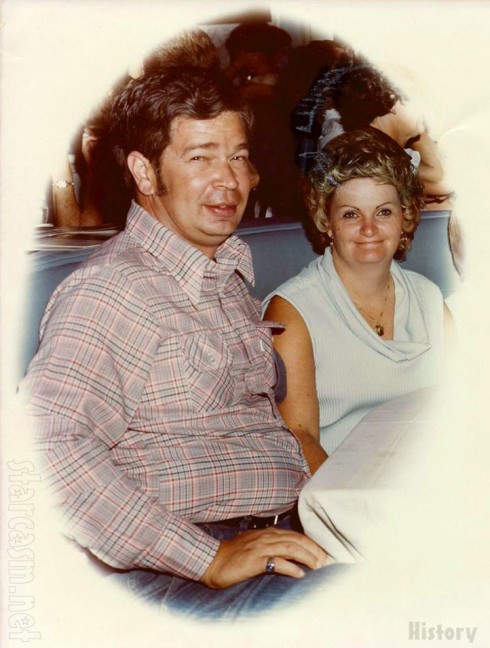 In the photo above we see Old Man Rick Harrison as Middle Aged Man Rick Harrison with a lovely young woman who I am guessing is his wife and mother of Rick and grandmother of Corey “Big Hoss” Harrison. (Anybody else getting a serious Walter Matthau vibe?) Here are side-by-side photos of Pawn Stars‘ Old Man and his throwback self: 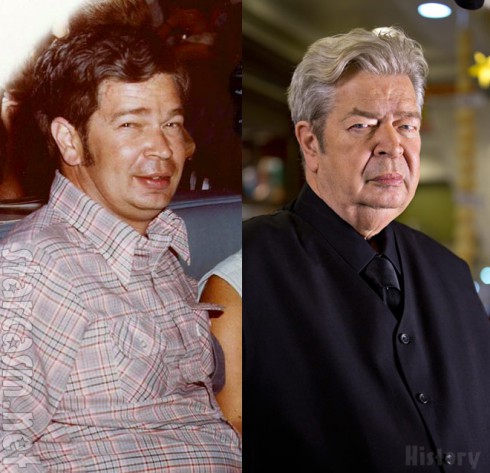 Next up is Richard’s son Rick Harrison, who apparently was once not only not bald, but had some serious Leif Garrett locks going on! Oh, and a rather tough looking Doberman Pinscher! 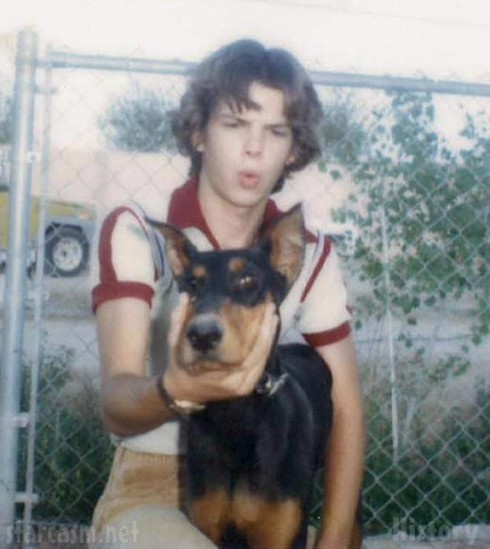 Not that it really has anything to do with anything, but I love the VW Thing in the background! PLEASE tell me that was Old Man Harrison’s car! 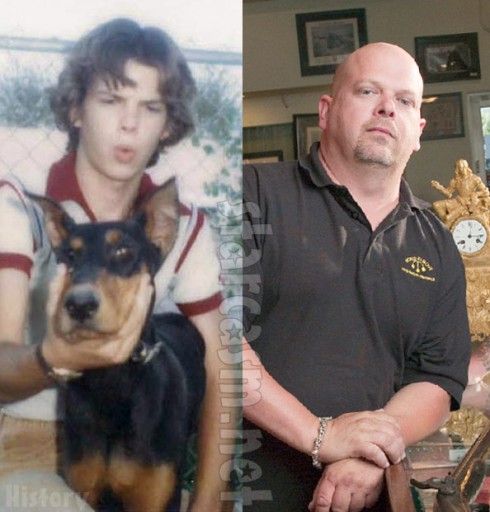 UPDATE – History added another Rick Harrison throwback photo from in between the two side-by-sides above — and as an added bonus it was taken in the pawn shop! 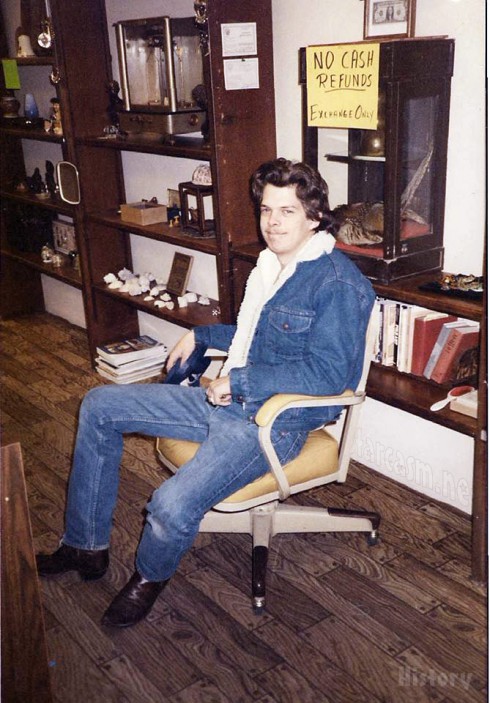 Rick was still sportin’ some long hair! And just in case you were wondering what one of the big secrets to the pawn shop’s success has been over the years, I think “NO CASH REFUNDS – Exchanges Only” was certainly part of it. 🙂

Last, but not least, we have Chumlee. These photos aren’t quite as old as Rick and Richard’s, so the changes are a little less drastic. Actually, it’s just Chumlee with less hair, less weight, and about the same amount of junk and taste in art: 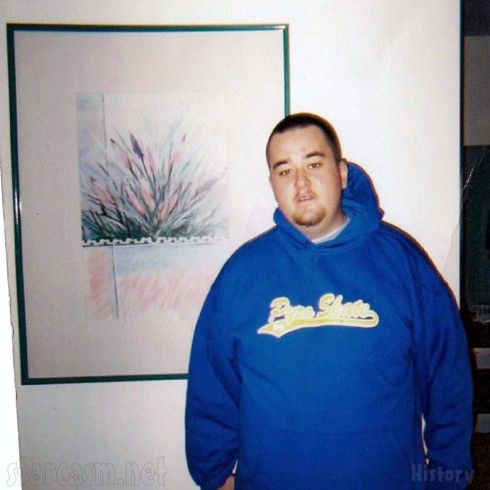 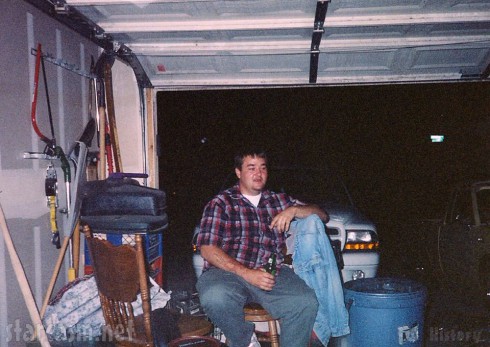 I think it can safely be said that it was then as it is now in that Chumlee is as Chumlee does. Some things don’t change, and despite what the Old Man might have you think, in the case of Chumlee, that’s a good thing.

Here are the side-by-side photos of Chumlee then and now: 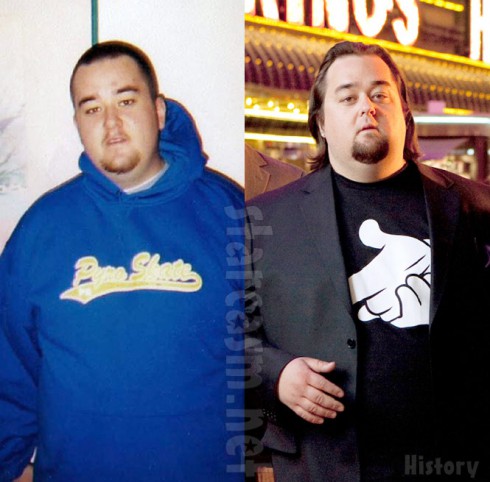 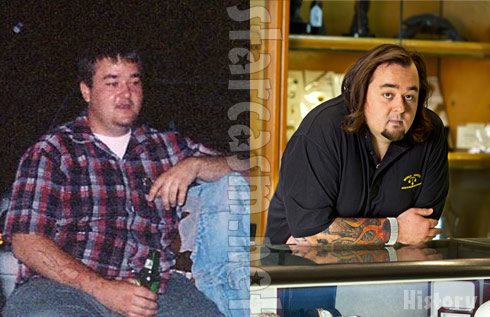 As I mentioned above, History has moved Pawn Stars to a new night and now you can catch new episodes Thursday nights at 9/8c! Yep, that’s tonight y’all!

UPDATE – History has also added an older photo of Rick’s son Corey Harrison, which looks to be from his high school graduation! 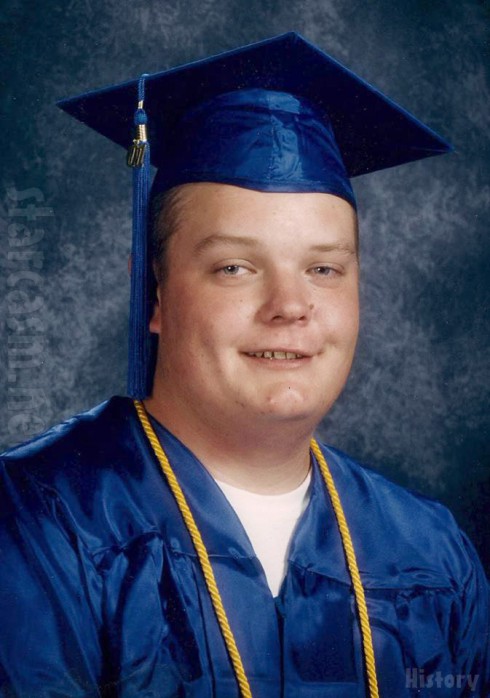 Oh man – I could just imagine the boys having fun with that one on the show!

PHOTOS Katy Perry’s childhood love letters up for auction, as cute as you would expect