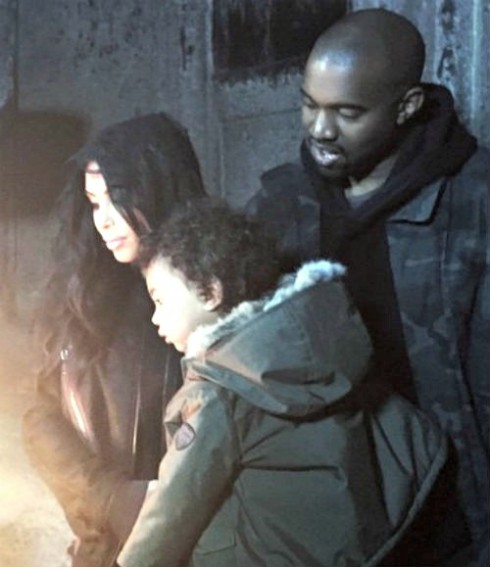 After spending the past few days learning about the Kardashian family’s heritage in Armenia, Kim Kardashian, Kanye West, North West and Khloe Kardashian continued to Israel so North could be baptized at St. James Cathedral, an old Armenian church in the Old City of Jerusalem.

During the afternoon event, E! News reports Khloe served as North’s godmother while the priest acted as godfather. According to The Associated Press, Archbishop Aris Shirvanian told the gathered crowd outside the church, “Kim Kardashian’s daughter will be baptized and become a Christian officially and a member of the Armenian church.”

The A.P added the archbishop seemed a bit taken aback by the commotion. He added of Kim, “All I know is that she’s a famous personality. I don’t know her in person. In any case she is welcome with her family.” Meanwhile, Kim and Khloe pleaded with the crowd to stop pushing, with Khloe saying the crush of people wasn’t “safe for the baby.”

After the baptism, the family got a break from the crowds during an intimate dinner with Jerusalem’s mayor, Nir Barkat. The family is scheduled to continue on to Jordan tomorrow.

Kim, Kanye and 2 Chainz had an fun family 4th of July weekend barbecue