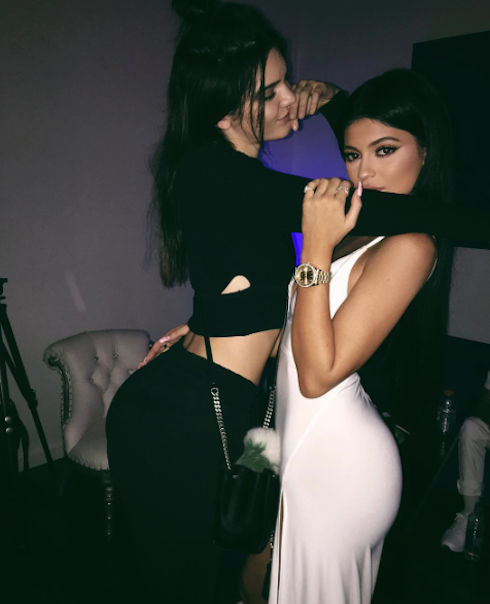 Kylie Jenner, known for her prolific Snapchat abilities, shared the following two snaps over the weekend. In them, an irritated and potentially upset Tyga asks Kylie to kindly stop filming him, telling her “I don’t want to be on Snapchat all the time.” Here are the offending videos:

It’s perhaps not surprising that Kylie Jenner would attempt to document her relationship with Tyga exhaustively via social media; after all, Kylie is best-known for selfies and Instagram product placements. But Kim Kardashian is worried that the youngsters are headed for a rocky breakup–or worse. So she enlisted the help of Kanye West, who reportedly sat down with the 25-year-old Tyga and had a heart-to-heart with the lad. 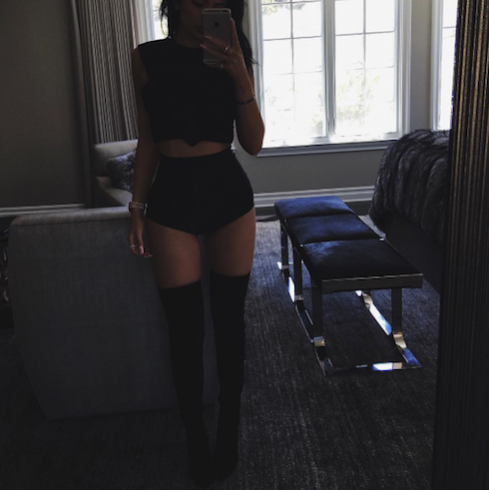 What did the two talk about? If family friends are to be believed, Kim and Kanye felt Tyga needed some help navigating the choppy waters of such a high-profile (and high-demand) relationship.

Furthermore, “Kanye has a lot of experience with Amber Rose, who is Blac Chyna’s BFF, and she thinks he could tell Tyga how to handle the situation with her with class.”

In addition, the Kardashian-Jenner alliance are a bit tired of what they call Tyga’s constant need to brag about his relationship with Kylie. “Kim wants Kanye to tell Tyga to cut it out,” say the friends. “She wants him to say that her sister deserves to be in control of her own relationship and he can’t be telling the whole world everything they do.” Sounds a bit like the pot might be calling the kettle black, there…

Kylie and Kendall Jenner are being sued for copyright infringement