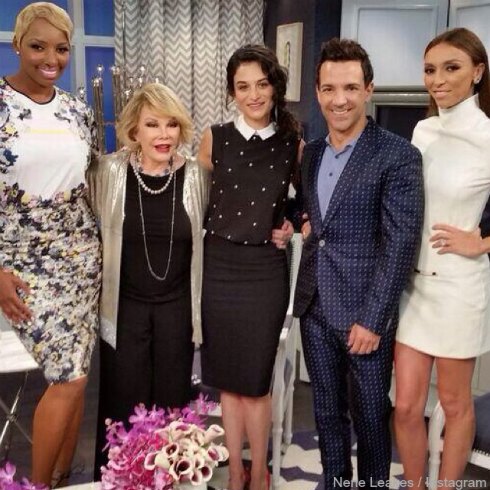 NeNe Leakes, who is quick to remind us that she is “very rich, bi*ch” may be getting a whole lot richer!

After Joan Rivers passed away earlier this month, it left many wondering what would happen to E!’s iconic Fashion Police. Would the show end? Would they move on without her? Would Joan be replaced?

Acccording to Perez Hilton, The Real Housewives of Atlanta star Ms. Linnethia Leakes may be filling the empty seat. Not only is NeNe a seasoned veteran when it comes to both non-scripted and scripted TV, she’s also a serious fashionista who owns her own clothing line called NENE by NeNe Leakes. Hmmm…. sounds an awful lot like She by Shereè. Just saying…

Even though NeNe is a favorite to join the cast, she’s facing stiff competition. Kathy Griffin is also said to be another front runner. While NeNe and Kathy are the top two contenders, Tyra Banks, Lisa Lampanelli, and Amy Schumer are also being considered.

Here’s a quick clip of NeNe when she was a guest on Fashion Police chatting it up with Joan about her former life as a stripper.

In the words of NeNe, “Success is in my DNA. When one door closes, another one opens.” Perhaps Fashion Police is the next door opening.

Fashion Police is set to make it’s return in January.