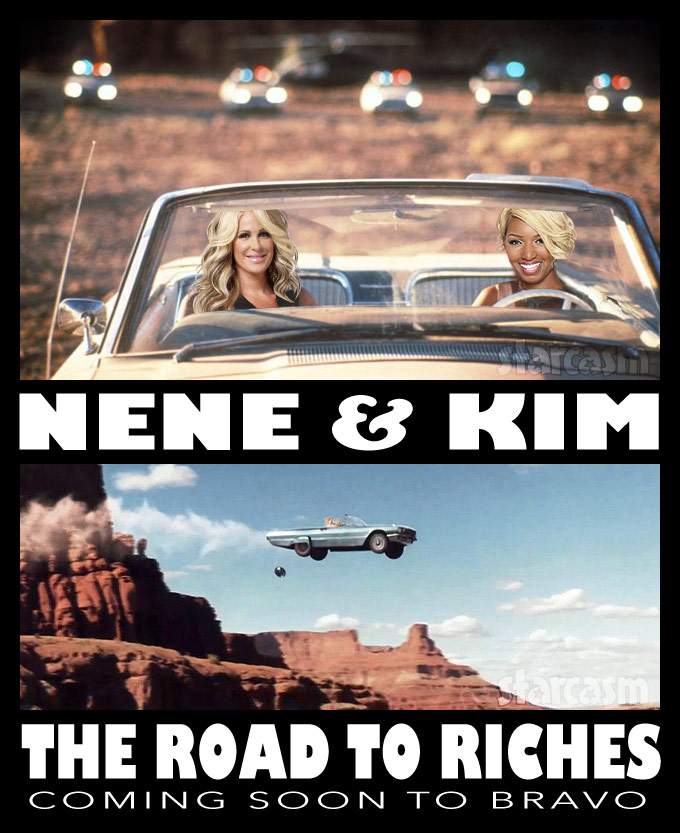 Bravo’s reality show version of Thelma and Louise may be back on! It was initially reported last March that The Real Housewives of Atlanta OG frenemies NeNe Leakes and Kim Zolciak Biermann would be pairing up for a road trip spin-off tentatively titled The Road To Riches, but Bravo announced in July that they were not moving forward with the project. However, a new report indicates the project has found a new life and the dramatic duo are once again in talks with Bravo!

The latest report comes from TMZ:

We’re told Kim and NeNe are back in talks with Bravo, trying to work out a concept and scheduling for their “Road to Riches” project. The title is not set in stone, but the idea is the 2 of them on an Oprah/Gayle King-type journey.

One of the sticking points … Kim doesn’t want to be away from her 4 youngest kids for long stretches of time.

I don’t know about you, but I find it VERY hard to imagine Kim and/or NeNe doing any sort of road trip show unless they are traveling in some sort of luxury RV. And if that’s the case, I’m not really all that excited about the concept. What do you think?