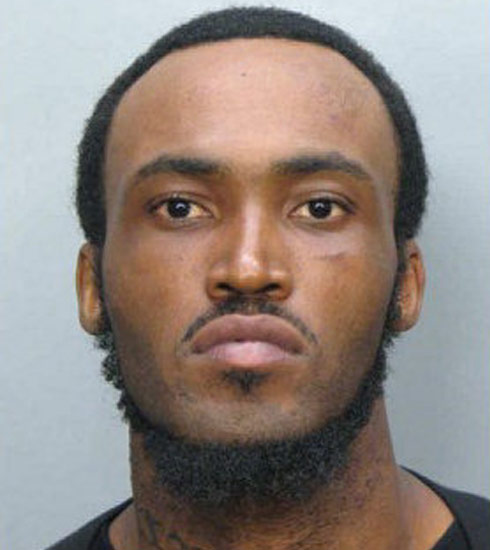 Larry Vega was out riding his bike on Saturday afternoon in Miami. He was on the MacArthur Causeway, which connects downtown Miami with Miami Beach, when he witnessed an unforgettably savage attack on the off-ramp. What he saw was a naked Rudy Eugene (pictured above and identified by the Miami-Dade County Medical Examiner’s office) attempting to gnarl away the face of another naked man with his teeth.

“The guy was, like, tearing him to pieces with his mouth, so I told him, ‘Get off!’ The guy just kept eating the other guy away, like, ripping his skin.”

Vega was able to get the attention of a Miami police officer who yelled at Eugene repeatedly to get off of the as yet unnamed victim. Eugene reportedly just glared at the officer, growled, and went back to his horrific attack. As he continued to chew the man’s face the officer shot him twice resulting in his death.

The victim, as of this post, remains at Jackson Memorial Hospital in critical condition.

UPDATE: The identity of the victim has been revealed.

There is only speculation at this point as to what caused Eugene to commit this unthinkable act. Via WFOR:

The president of the Miami Fraternal Order of Police, Armando Aguilar believes the entire incident is the fault of a new drug trend that has led to similar incidents. Emergency room doctors at Jackson Memorial Hospital said they too have seen a major increase in cases linked to the street drug called “bath salts” or the new LSD.

Eugene was 31-years-old at the time of his death. He may have been homeless as his last known address was in North Miami.

“Bath Salts” are not real bath salts that you can buy at Bath & Body Works, or any normal store selling soap. For a while they were sold at gas stations and head shops until they were made illegal in late 2011.

How dare you steal The Biebs!?!