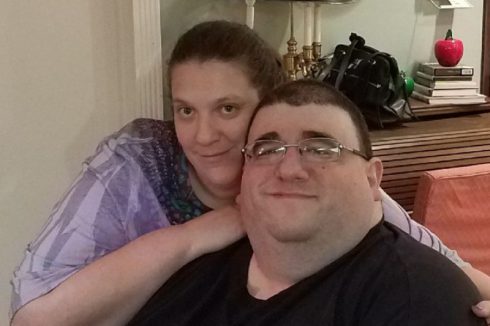 The outpouring of sympathy and support following the My 600 Lb Life Robert Buchel episode has been like no other in the show’s history. Robert’s shocking death from a heart attack came after he’d already lost 340 pounds from his peak weight — but his post-surgery depression and addiction to painkillers proved to be too much for him to overcome.

However, a GoFundMe in Robert’s name, which went live shortly after Robert’s episode aired, raised concerns that someone was trying to cash in on his story. Robert’s fiancée Kathryn Lemanski recently confirmed that the memorial fundraiser is in fact legitimate. However, Kathryn also revealed that Robert’s death left her financial situation in a very precarious spot.

The GoFundMe page is a “Fundraiser for Kathryn Lemanski,” and uses “Robert Buchel Memorial Fund” as its tag. Chip Sandy, the friend who created the page, wrote that he’s “trying to rally financial support” for Kathryn, who left “her whole life, family, friends, and jobs, behind in order to move to another state to help [Robert] overcome a lifelong health struggle.”

Notably, the page never mentions Robert’s death or the My 600 Lb Life Robert Buchel episode at all — only that “Kathryn incurred a crushing debt, between medical bills and moving expenses, only to have to pack up, turn around, and move back.” It does, however, say that “All donations will be put toward paying off moving expenses, hospital bills, and the planning of Rob’s memorial service.”

A few days ago, Kathryn had to take to Facebook and address worries about the fundraiser’s illegitimacy. She explained that her combined debt is “crushing” and that most of the money will be used to pay back Robert’s mother specifically, as she “graciously footed the bill” for Robert and Kathryn’s move from New Jersey to Texas:

Kathryn also addressed one friend’s concern regarding the amount the GoFundMe is intended to raise, since the figure has apparently changed at least once. (As of this writing, the figure is $6,000.)

“The amount keeps changing,” Kathryn said, “because I didn’t tell [Chip Sandy] what my debt is to [Robert’s] mom and he doesn’t know how much the cost of the funeral is. I owe his mom almost 10k and my mom at least another 5k.[Robert] was cremated but as a bigger man we had to pay by the pound after 250 lbs. Plus as you saw we still had a funeral and a repast and we are still getting medical bills as well.”

On that note, we’re aware that a number of friends of Kathryn’s and fans of the show are asking why she and the Buchel family have to cover these bills on their own. We’ve reached out to both TLC and Megalomedia, My 600 Lb Life‘s production company, and will update the post with their responses if we hear back.

If you’d like to donate to Kathryn and Robert’s fundraiser, you can visit the GoFundMe page here. And you can revisit the My 600 Lb Life Robert Buchel episode here, via TLC.

Miley Cyrus clarifies why she’s really in the hospital