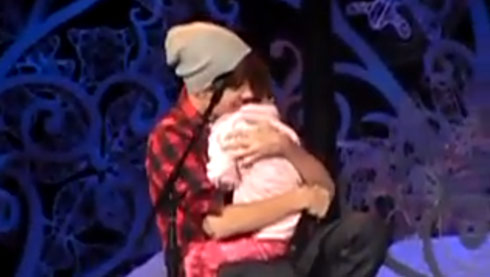 As if there wasn’t already a high enough percentage of American pre-teen and teenage girls that are like totally in love with Justin Bieber he goes and does this. What is this you ask? Well fathers of the world, the deafening screams of AWWWWWWW! and EEEEEEEEEE! that you hear emanating from your daughter’s room is because they’re watching the following clip of Justin dueting with his 3-year-old sister Jazmyn on “Baby” over and over and over and over again.

Before you cry foul and argue it was just a ploy I have to suggest that you watch the clip recorded during an intimate performance in Toronto for a taping of Justin Bieber: Home for the Holidays. While Jazzy may not have the pipes that her older brother does yet she is almost as cute, almost.

Yeah, so maybe i teared up when he said, “I love you” And little Jazzy muttered in toddler-tone, “I love you too Justin.” You can tell Jazzy is thinking, “Quit singin’ Justin and let’s get back to the princess stuff I want for Christmas.” There was almost a little toddler tumble at the end when her older brother encouraged her to “jump” into Daddy’s arms. But you know how older brothers are, even if they just so happen to be The Biebs.

Lil’ Jazzy was hard to make out from that crowd shot clip so here’s the cutie pie as a little feline: 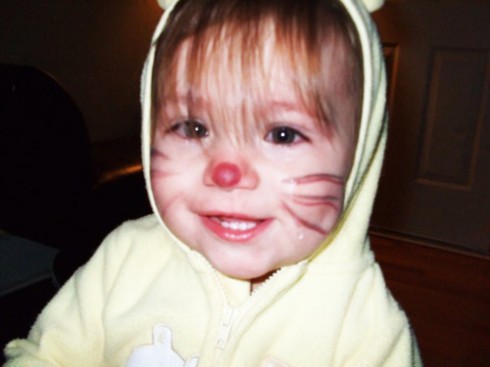 REPORT: Justin Bieber proposed to Selena Gomez, she said no because relationship was a just a business deal to her