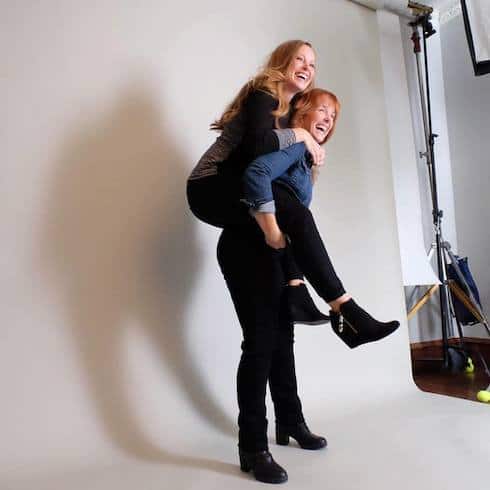 Are the women on Good Bones trained contractors? Who cares–wait till you see how much fun they have! The premise of Good Bones will be familiar to many of HGTV’s regular viewers: the show features two people, each of whom brings a different and complimentary set of skills to their own home-grown business, working together to turn real estate for a profit and neighborhood improvement. The key difference with Good Bones, though, is that the pair isn’t a married couple, á la Joanna and Chipper Gaines on the network’s wildly successful Fixer Upper or Tarek and Christina El Moussa on Flip Or Flop. In this case, the show depicts a mother-daughter team.

According to the press release, “Daughter Mina, a real estate agent, and mom Karen, a former lawyer, own an Indianapolis-based home renovation business with a mission to revitalize their favorite neighborhoods one house at a time. The 10 episode series will follow the expert team as they buy homes in serious disrepair, sometimes gut them to the studs and transform them into stunning remodels.” 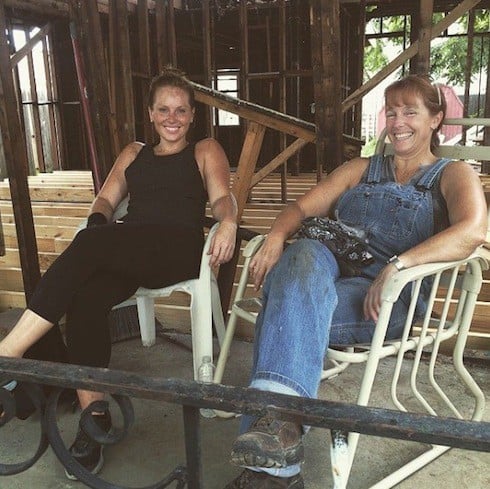 HGTV’s own synopsis offers a bit more information: Karen E. Laine (that’s mom) and Mina Starsiak (her daughter) “are setting out to revitalize their hometown of Indianapolis one property at a time.” How do they plan to do that? “They’re buying up run down homes and transforming them into stunning urban remodels.” Or, as Karen–whose real last name is Jensen–recently put it, “We find the worst house on the block, and we make a difference on that block by making that house better.”

Again, the concept may sound familiar–and, to be fair to Good Bones, that is an excellent concept for a house flipping show. But it’s the little things that look to set Good Bones apart. For one thing, Karen and Mina’s team is very small–just “themselves, a general contractor, and his crew.” For another, they often live in or near the same neighborhoods where they find their fixer-uppers, and put in the investment of a top-to-bottom renovation, rather than a piecemeal approach. And they tend to work with small budgets, especially by HGTV’s current standards: their initial purchase price is generally below $100,000, and Karen and Mina rarely have to put in more than $100,000 beyond that for a full renovation. One way they keep costs down? On each job, the contractor and crew do only what Karen and Mina can’t handle themselves. Beyond that, it’s all them, from the purchase to the decoration to the listing and final sale. 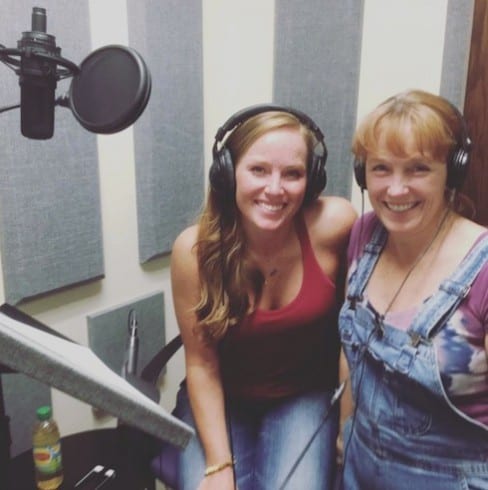 It’s a craft that Karen and Mina have honed for nearly a decade; they founded Two Chicks and a Hammer, their remodeling business, in 2008. (Trivia tidbit: Two Chicks and a Hammer was initially the name of their show; it’s since been changed, possibly to avoid confusion with their own business.) However, the business came about almost by accident: they redid Mina’s first house together in 2007, and had so much fun doing it that they followed it with another, and followed that with renovations of Karen’s law office.

In 2014, the pair answered a casting call from High Noon Entertainment–which devotées of HGTV will recall is the same production company responsible for Fixer Upper, among many other hits. A wine-fueled Skype interview and a compilation of homemade footage later, mother and daughter made it to network.

Karen and Mina have spent the past few days on social media celebrating the countdown to the Good Bones premiere. To give you a taste of their sense of humor–not to mention the infectious amount of laughter we should expect from their show–check out this sample:

One day! Sh*t is getting SO real! @Hgtv tomorrow @ 11pm. Be there! Today’s clip: the Karen burrito #GoodBones #??? pic.twitter.com/eNweKCV1TH 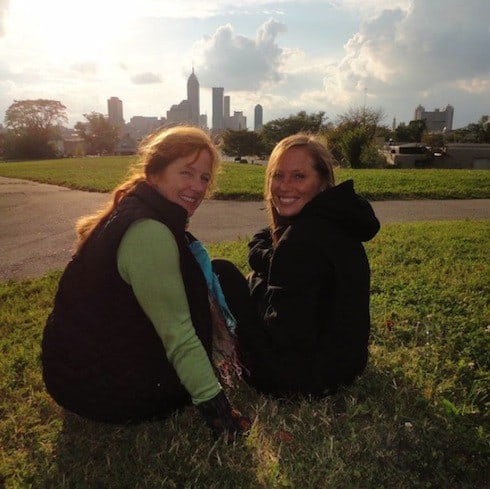 If you just can’t stand the excitement and need to see Good Bones right now, you’re in luck: Real Screen has a seven-minute preview up on their site, which you can watch here. For more behind-the-scenes fun, be sure to follow Karen and Mina on social media: their official Twitter handle is @TwoChicksIndy, and they’re also on Instagram at @twochicksandahammer.

And, after all that, don’t forget to watch the show! Good Bones airs Tuesday nights at 11 PM EST on HGTV.