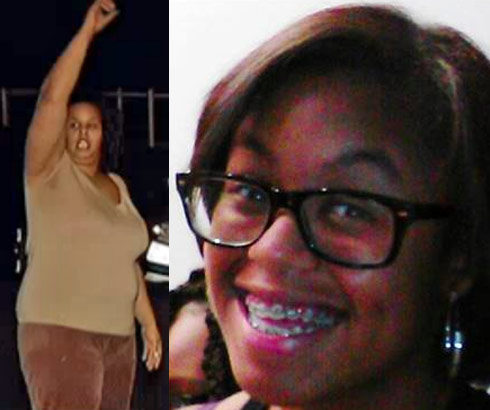 A teenage girl has been found after she went missing following the arrest of her mother who had fired a single warning shot during an alleged physical confrontation.

15-year-old Brianna Stewart, from Woodbridge, Virginia, had been involved in an altercation with other teens in her neighborhood on Saturday. Her mother, Lakisha Gaither, told NBC4 that another girl accompanied by a group of boys showed up at their home to try to stir up trouble.

Gaither decided to go over to the other girl’s home, along with Brianna, that evening to speak with her mother about what happened. When she got to the apartment complex the group of boys who had been at Gaither’s earlier that day showed up again and this time Gaither stated that one of the boys punched Brianna. “He punched her in the left eye, knocking the eyeglass lens out of her glasses, into her face,” Gaither said.

Gaither decided to take action after she says she witnessed Brianna getting punched multiple times:

“Because I do open carry, because I’m a registered gun owner and I open carry everywhere I go, I walked out to the middle of the parking lot where I was away from everybody, not near anybody, not near the buildings or anything, and I unholstered my weapon, held it straight up in the air and shot straight in the air, one shot, to get him off of my child and to break this group up.”

Cops arrived at the scene and promptly arrested Gaither. She was charged with a misdemeanor count of reckless handling of a firearm. No one was injured from the shot and Gaither was released from jail a short time later.

Fearing for Brianna’s safety, Gaither had Brianna stay at her grandmother’s home that night. She explained, “I just wanted the situation to calm down. I didn’t want them retaliating.”

On Sunday morning Gaither was contacted by her mother and told that Brianna was nowhere to be found. The 15-year-old went missing and Gaither began a search with posters and pleas via Facebook. The search went on until yesterday when Gaither let everyone know on Facebook that Brianna had been found. She wrote: