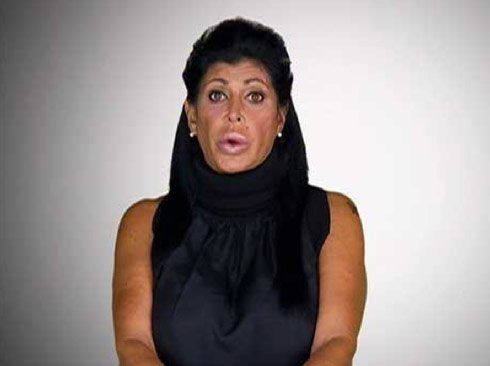 This is one of those cases where I implore you not to kill the messenger. We have really enjoyed us some “Big Ang” from Mob Wives, and we’ve written in detail about her ties to “the life.” Well it looks like those ties we’re tighter than we thought as court papers reveal that the 51-year-old is a convicted felon and was busted on numerous occasions selling cocaine.

The DEA and New York Police Department teamed up for what they called, “Operation White Heat,” which was an 18-month probe focusing on a mob-tied drug ring in Brooklyn. Angela Raiola was one of 15 defendants indicted, and later convicted, for her part in the illegal operation. How illegal? We’re talking about the distribution of marijuana, crack cocaine, and powdered cocaine.

Raiola was described by the feds as an associate of the ring’s leader. She was given cocaine for “street level distribution” and she would sell it at the Brooklyn bars where she worked. “White Heat” included some serious undercover police work and wire tapping which resulted in Angela being caught on tape discussing her illegal activities.

She was once overheard complaining about the lousy quality of some of the cocaine she was being asked to sell. Raiola said, “Everybody hates that sh!t.” In a separate recorded chat she can be heard telling the ring leader, who was sentenced to 13-years in prison where he remains as of this post, to come by and get his cash because, “she did not like to hold it.”

Based on these discoveries “Big Ang” was indicted on 6 felony counts. 1 count was for conspiracy to distribute and the other 5 were all associated with sales she made to a confidential informant. When she was arrested by law enforcement she was found with 14 small plastic bags containing cocaine.

Raiola was freed on $100,000 bond and pleaded guilty to the indictment’s top count. In October of that same year she was sentenced to 3-years probation and had to spend 4-months confined at home. In July of 2004, a judge changed the status of her probation, requiring her to to enroll in “an outpatient and/or inpatient drug treatment or detoxification program.”

In light of this information does this change your opinion of Angela? It certainly quiets down those who claim that she has no ties to the mob and that she’s just a “TV Gangsta.”