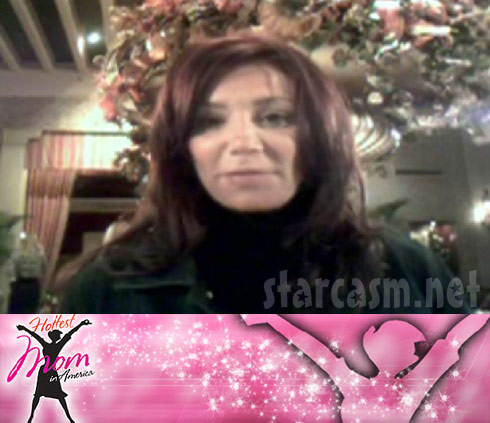 Christina Scoleri was announced yesterday as one of the cast members of VH1’s new reality series Mob Wives Chicago, but back before she landed that gig she sat in front of a different video camera in hopes of becoming the “Hottest Mom In America!”

According to the info on the site as well as the fact that Christina’s daughter was four at the time (she’s nine now), this video was made about five years ago.

“My name is Christina Scoleri. I’m from Chicago. I have a four-year-old daughter. I think I should be the hottest mom because I’m also hot within. I’ve never been able to, um, actually die out the fire that’s burning inside of me, so there I believe I am the hottest mom.”

I’m hoping the other gals on the show know about this and have some fun with it on the show 🙂 I can just see them gathered around a laptop and goading Christina, “Soooooooo, hottest mom in America huh?”

Want to know more about Christina and her Chicacohorts on the show? Be sure to check out our Mob Wives Chicago cast post with photos, bios, and links for all the ladies!