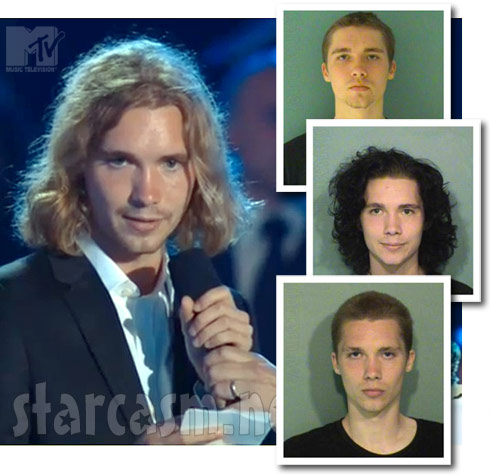 Miley Cyrus once again shocked viewers at MTV’s Video Music Awards Sunday night, but this time around she didn’t do it by hogging the spotlight (i.e. twerkfest), but instead by giving it up. The 21-year-old singer allowed Jesse Helt, a homeless 22-year-old aspiring model, to accept her award for Video of the Year to help draw attention to the homeless problem in Los Angeles and around the country.

“I am accepting this award on behalf of the 1.6 million runaways and homeless youth in the United States who are starving and lost and scared for their lives,” Jesse said as he held Miley’s Moonman. “I know, because I am one of those people.”

He then added, “Though I may have been invisible to you on the streets I have a lot of the same dreams that brought many of you here tonight.”

Jesse’s identity was later revealed, as was his history of being an aspiring model. (You can see his Model Mayhem page here.) Part of Jesse’s difficult journey chasing his dreams also included a few run-ins with the law. According to online records, Jesse was booked into the Polk County Jail in Washington at least three times from 2010 to 2011. 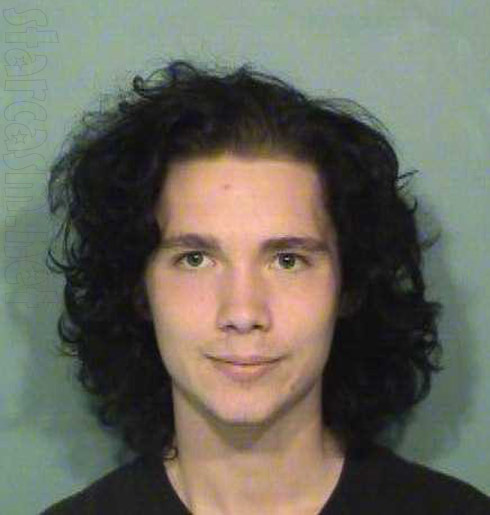 On October 30, 2010, Jesse was booked on charges of 1st Degree Attempted Burglary and 2nd Degree Criminal Mischief. In this mug shot photo (above) Jesse Helt was sporting long dark hair — a stark contrast to his lighter locks at the VMAs.

Apparently it wasn’t long after being booked in October that Jesse decided to trim off his hair and go blond, as evidenced by this next mug shot photo taken when Jesse was booked on a probation violation for criminal trespassing on April 27, 2011: 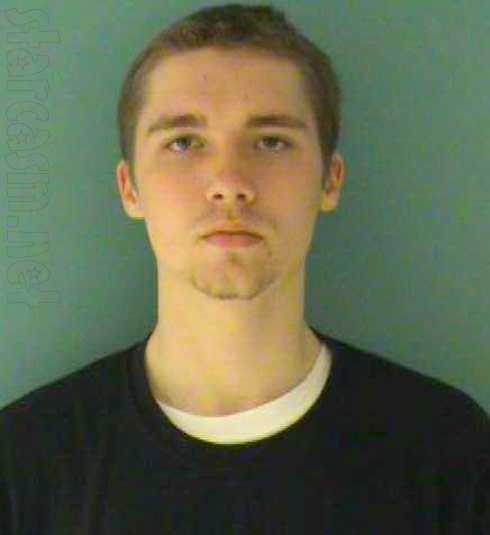 Four months later Jesse was booked again for yet another probation violation: 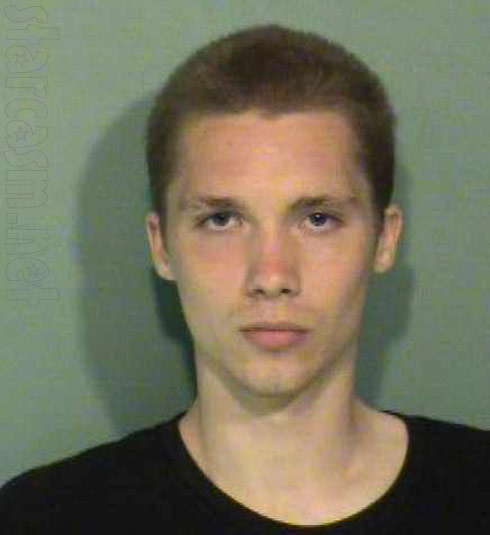 Although I couldn’t find any more Oregon arrest information on Jesse Helt after his August booking, which makes sense given the fact that his mother says he left his home state for Los Angeles “a few years ago.” I did, however, find where Jesse made Polk County Community Corrections’ Most Wanted list in February of 2012! His offense was listed as 1st Degree Trespassing, so I’m not sure if it was a new incident or merely that he was wanted on a probation violation for his 2011 offense listed above.

UPDATE – It appears Jesse never really cleared up his issues with the police because it is being reported that he still has a warrant out for his arrest.

In addition to revealing when her son left Oregon, Jesse Helt’s mother Linda Helt, 62, further explained, “He wanted to be in Los Angeles and he had opportunities and he took them, but you know, he’s had his ups and downs like anybody else.” She later pointed out that although he was homeless in L.A., he always had a home back in Salem. “It was his choice, he was always welcome, he could always come back any time. If he needed help, I’d help him, we help one another,” she said.

Here’s the full video of Jesse Helt accepting Miley Cyrus’ VMA for Video of the Year:

Linda also said she was just as shocked as anyone else to see her son on stage at the Video Music Awards. “This will change his life, absolutely. This will turn things around for him and I believe God is the one that is doing it, God is making a difference and Jesse believes that.” She says of his speech, “He was nervous up there on stage, but that’s how it is when you have a passion for something like he does.”

In the end, she was ecstatic for her son’s good fortune and for Miley’s help. “It’s time for him to have some good luck. He needs to be blessed.”

You can support My Friend’s Place via their website or by participating in Miley’s Prizeo fundraising contest.

MUG SHOT: Rich dude snorted so much cocaine his nose caved in