***Update*** I got quite a few factual errors wrong when I first wrote this post, and I’d like to thank Vaid Bharath for pointing those out in the comment below. I’ve since editing the content and to my knowledge everything below is correct.

Stevie Wonder’s contribution to Michael Jackson’s memorial service was a beautiful, hauntingly appropriate tribute. “I Never Dreamed You’d Leave in Summer” is a track off Wonder’s 1971 Motown album Where I’m Coming From. Wonder’s late ex-wife Syreeta Wright wrote the lyrics to “I Never Dreamed You’d Leave in Summer”. Wright is also responsible for the lyrics to Stevie’s hit “Signed, Sealed and Delivered I’m Yours” among a number of other songs on Wonder’s Where I’m Coming From, Music of my Mind, and Talking Book. Stevie also mentioned a demo a song he wrote that Jackson sang, called “I Can’t Help It”. Michael included the track in his Off the Wall album. 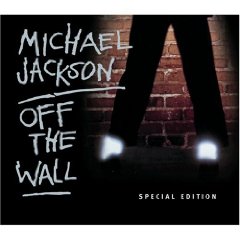 “I never, ever imagined that I would write a song that would be sent to Quincy Jones, and he would hear it, and my sister Renee would give me the cassette and here it back and be amazed that you [Micahel Jackson] did this song. And so incredibly so, you did this song.”

Below is a YouTube photo montage featuring Michael singing  “I Can’t Help It”:

Why didn’t you stay?

Here’s Stevie Wonder singing the beautiful, jazzy tune along with 1974’s “They Won’t Go When I Go”: