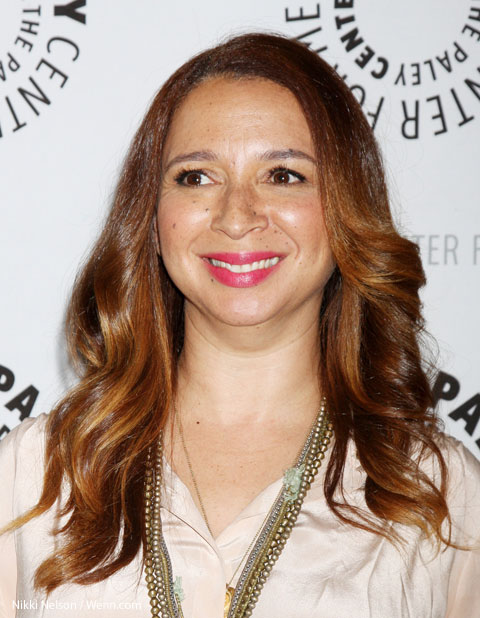 In their story about how NBC comedy Up All Night is falling apart, The Hollywood Reporter reveals they have sources telling them that Maya Rudolph is pregnant with her fourth baby with partner Paul Thomas Anderson.

Sources tell THR that co-star Maya Rudolph has informed NBC that she is pregnant with her fourth child with director Paul Thomas Anderson. These sources say the show’s writers planned to incorporate the pregnancy into the revised version of the series, but that issue could now be moot. The show’s writing staff is said to be seeking new jobs.

Up All Night‘s star Christina Applegate left the show for creative reasons, and Will Arnette is apparently being courted by CBS for a new comedy.

This new addition with join Pearl (7,) Lucille (3,) and Jack, (almost 2 years.) Her long-time boyfriend Paul Thomas Anderson has a history of directing edgy, critically acclaimed films like Magnolia, There Will Be Blood, and last year’s The Master.