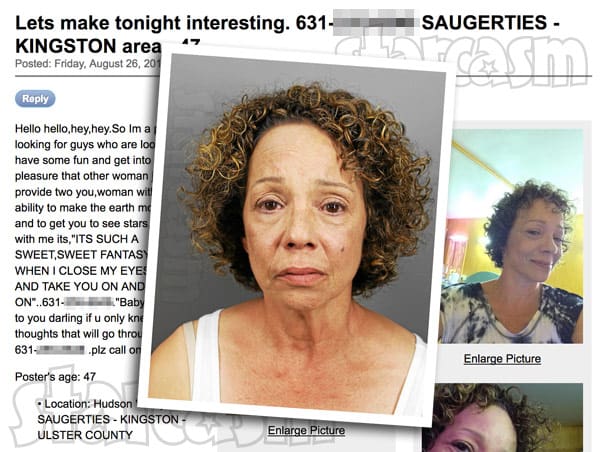 Mariah Carey’s estranged sister Alison Carey was arrested in New York on Friday and charged with prostitution. It was previously revealed that Alison is HIV-positive, and police are recommending that anyone who may have had a sexual encounter with her should consult their doctor.

55-year-old Alison was arrested after she offered sexual favors for money to an undercover police officer. She was reportedly soliciting prostitution out of a Saugerties hotel via numerous online ads on escort service websites. Here is the text from one of those ads including two of the photos used by Alison: 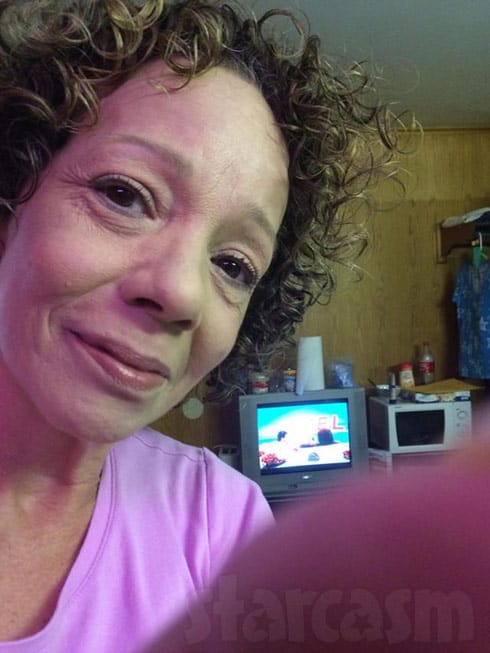 Hello hello,hey,hey.So Im a pretty lady looking for guys who are looking to have some fun and get into a world of pleasure that other woman just cant provide two you,woman with the ability to make the earth move for you and to get you to see stars, oh yea with me its,”ITS SUCH A SWEET,SWEET FANTASY BABY, WHEN I CLOSE MY EYES I COME AND TAKE YOU ON AND ON”..631-***-****.”Baby ill be so in to you darling if u only knew all the thoughts that will go through ur mind” 631-***-**** .plz call only 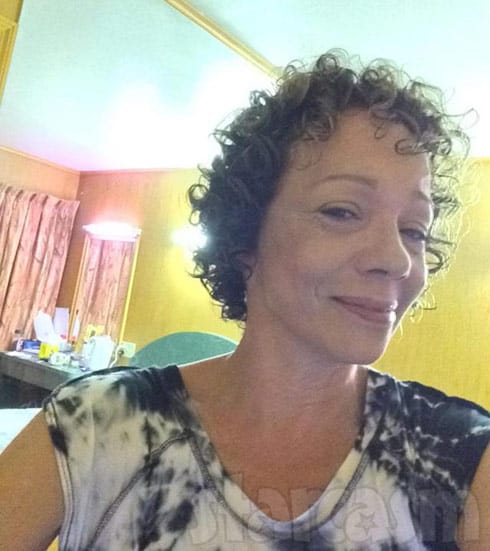 As fans of Mariah’s music would know, Alison referenced lyrics to her song “Fantasy” in the advertisement.

This is the second time Alison has made headlines in the past six months. Back in March of this year she garnered a lot of media attention after nearly dying from injuries received during a violent home invasion in April of 2015. During the invasion, Alison sustained brain damage and other injuries.

Mariah and Alison’s brother Morgan came to Alison’s aid and spoke with The Daily Mail in hopes of changing Mariah’s mind about helping out Alison with her mounting medical bills:

Morgan, speaking to Daily Mail Online from his home in Italy, reveals that following the attack in April, Alison spent a short time at a mental hospital in New York after a bizarre episode in the street near her home.

With a broadside to his other sister, he says: “Because Mariah has not found it in her heart to help Alison get the care she requires there are times when Alison forgets or is unable to take her medication and this sometimes precipitates problematic behavior.”

He said: “Alison was institutionalized for observation after being found wandering in the street barefoot and partially dressed, causing the police to be concerned.

“Her behavior was caused as a result of damage done in the attack and her having missed the medications she was taking.”

Morgan says that due to the severe brain damage, Alison suffers from memory loss, seizures, and occasional periods loss of consciousness.

Alison was released from the mental health facility after a few weeks.

Morgan says that in the year following her attack, Alison had several brain surgeries, an operation on her spleen, a hip replacement and periods of physical rehabilitation. At the time, she was also scheduled to have spinal surgery and more brain surgeries. He says that he has helped out financially as much as he can, but that the amount that insurance and Medicare will cover is quickly growing out of control. 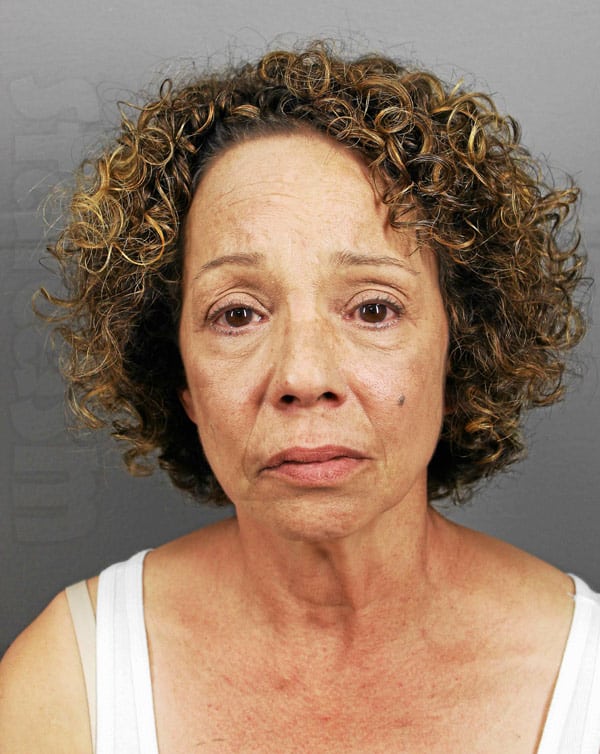 Morgan hopes that their sister Mariah and her multi-billionaire fiance James Packer will step in to help. From Morgan:

“The worst is yet to come and Mariah has it in her power to at least ensure a soft landing and avoid a life time of regret about missing this opportunity to forgive and help her only sister.

“I would be hopeful, although I am not encouraged by the past, that Mariah would step up because she’s in a position to step up.

“We’re talking about small change to these people, her fiancé is a billionaire.

“The least they could do is put Alison in a good hospital and make sure she gets the care she needs.

“Mariah is the one person in the family who could actually make a real meaningful difference to Alison’s life.”

Alison herself recorded a short video pleading for Mariah’s assistance:

Money has not always been an issue for Alison, however. She inherited more than one-and-a-half million dollars in 2002 after her father, Alfred Carey, passed away. Morgan says she set up trust funds for her children, and spent the rest of the money on her drug addiction.

As far as what it was that caused the rift between Mariah and Alison, it reportedly stems from Alison talking to The National Enquirer back in 2000, and then threatening to publish a tell-all book about Mariah.