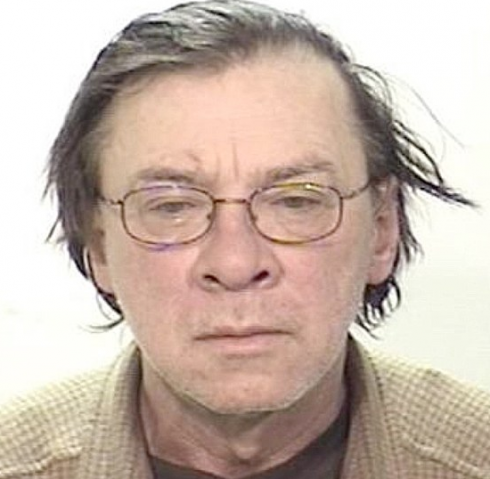 Madonna’s brother Anthony Ciccone (56) is a homeless alcoholic living on the streets of Traverse City, Mich. who says he’s been abandoned by his famous younger sister. It’s recently been revealed that Madonna is worth over $1 billion dollars, so it does sound strange that she would have a homeless brother, but she may have already done all she can to help him turn his life around. There are some things money can’t fix.

Anthony says Madonna doesn’t care if he lives or dies, and feels forsaken by their father Tony as well, telling The Daily Mail:

“Madonna doesn’t give a s**t if I’m dead or alive.She lives in her own world. I never loved her in the first place, she never loved me. We never loved each other.

My father would be very happy if I died of hypothermia and then he would not have to worry about it anymore. He’s old school, he grew up in the depression.

When asked by The Daily Mail why he’s currently living on the streets, Anthony replied: “No family back up, when the chips fell, no family back-up. I’d rather be working. What would you do under these circumstance when your family has stood against you completely?”

His most recent job was from over three years ago at the Ciccone family vineyard. His father Tony had to fire him after he was found passed out after drinking from the vats of wine, but Anthony’s version of the story is that he was fired because he’s the “black sheep” of the family. Two of his seven siblings also work at the Ciccone winery, and his sister Paula is a recovering alcoholic who can sympathize with his situation.

Anthony’s been to rehab several times before paid for both by his father and his sister Madonna, but he refuses to go again. “I’m a human being,” he tells The Daily Mail, “you can call me what you want. [Alcoholic] is a label, I don’t like it. I don’t need brain surgery, I merely need love and care of family and friends,” he argues.

A close friend, Kathy Meteyer, claims that his father, step-mother, and siblings have often offered help to Anthony:

“At Thanksgiving Tony packed up all the leftovers and drove all over town to find Anthony and give them to him. His sister Paula has picked him up on occasions and brought him to the house for dinner but he refuses to even stay the night. Anthony just won’t accept help. As a parent you can only do so much before you have to let it go.”

He’s recently been arrested (mug shot above) for being intoxicated in a church and swearing at children.

20-year-old Jesus Luz is the love of Madonna’s life! – [Pictures]