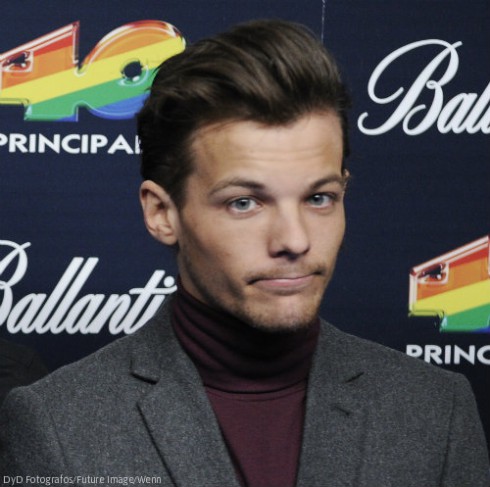 It seems Louis Tomlinson’s life is headed in one unexpected direction: Multiple sources confirm he is expecting a baby with “very close friend” Briana Jungwirth.

“Louis is happy and very excited about becoming a dad and he thinks Briana will be an amazing mother,” a mutual friend of the One Direction singer and Los Angeles-based stylist told People. “It was a surprise at first, but he and Briana are very, very close friends and this has brought them even closer.”

Although the 23-year-olds aren’t in a romantic relationship, a friend said Louis has vowed to be a “hands-on dad” and has joined Briana for the ultrasounds.

“Louis and Briana care about each other very much and have spent a lot of time together privately over the last few months,” the source said. He went on to explain that the British star is even looking at properties close to Briana:

They are both really happy and although they aren’t in a relationship, their friendship is extremely strong and they are both really excited about the baby. It’s early days and Briana and the baby’s health are the most important things right now.

The expectant parents’ families are also excited — and reportedly “really hit it off when they met” for the first time earlier this month.

The baby is due “early next year,” which means s/he was conceived just weeks after Louis split from longtime girlfriend Eleanor Calder in March. The couple had been together since 2011. Louis and Briana were photographed together a few times in May.

Kristen Bell and Dax Shepard made a baby!