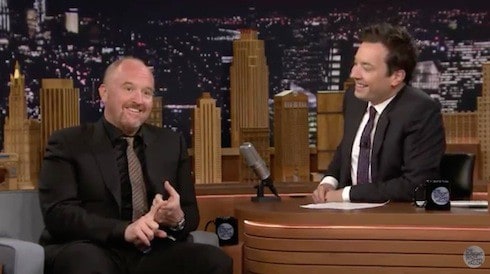 The Louis CK Tour 2016 is almost upon us, thanks to an update from the man himself. Louis recently appeared on The Tonight Show to plug his newest project, Horace & Pete, and to explain that he’s about to undertake a giant slate of new tour dates in order to pay for it.The reason why is actually pretty courageous (and also typically Louis CK-level funny): rather than go with a network, Louis decided to finance Horace & Pete all on his own. The result of his ambition, as he recently revealed to Howard Stern, is a debt of about $2 million dollars.

Fortunately for the comedian’s fans, the debt coincides with Louis’ semi-annual tour:

“So I’m gonna go on tour, and do stand up all over the country,” Louis announced, to applause. “I love it. But usually I have a year where I’m splitting touring with shooting something, but this year I just want to do stand-up; I think that’s when I’m best at it, is when I’m competing with other things.”

As for where you can expect to find the Louis CK Tour 2016? “I don’t know where I’m going,” he said, “but it’s pretty much everywhere–the whole country.” Louis also mentioned that some of the shows will be in giant venues–like his record-breaking string at Madison Square Garden in 2015–and others will be in the theaters his fans are used to.

There aren’t any tour dates yet; they’ll first be announced on his web site. Which is where you can also buy Horace & Pete, if you are so inclined.

Also included in Louis’ Tonight Show appearance: he took the time out to plug a struggling young author named Jane Austen, which was very nice and selfless of him.