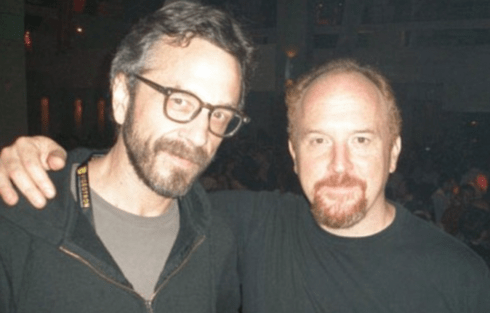 In the wake of comedian Louis CK admitting that the years-old sexual harassment rumors about him are true, his fans and friends in the industry are grappling with what this all means. Comedian and popular podcaster Marc Maron has been a friend of Louis’ for decades and addressed the issue on the intro of his latest episode of WTF. In his reckoning with Louis’ actions, Maron claimed he asked CK multiple times about the rumors, and, each time, Louis told his friend “No it’s not true, it’s not real, it’s a rumor.”

“I want to believe women,” Maron said, explaining why he stuck by Louis’ side. “But in this particular instance there was no one named in that story,” Maron went on, referring to Gawker’s original 2012 report.

“There was no place for women to go tell this story, there was no women attached to it,” Maron continued. “I didn’t know their names until Friday, so I believe my friend.”

As recently as this September, CK was still relying on his “rumor” defense. At that time he told a New York Times reporter in an interview for CK’s film I Love You, Daddy, “I’m not going to answer to that stuff, because they’re rumors. If you actually participate in a rumor, you make it bigger and you make it real.” (The fact that I Love You, Daddy is both the story of a sexual predator lusting after a 17-year-old girl and an homage to Woody Allen have all but ensured that the film will never be released.)

Maron also addressed the power of secrecy and misdirection when it comes to hiding things from other people in your inner circle. “One of the things to take into consideration is that when people do shameful [things], they do everything they can to hide it,” he said, explaining why he knew so little about the situation. “If they have to keep doing it, they have to keep hiding it, from their friends, from their husbands, from their wives.”

Finally, Maron’s monologue touched on his attempts at understanding the female perspective in an overwhelmingly male industry. Some of his empathy came from an incident Marc had in his 30s, when he took a college class and received an unwanted kiss from his male professor. He said he returned to class afterward feeling ashamed, betrayed, and powerless.

As far as his friendship with CK goes, Marc said he’s upset by Louis’ actions, but that he’ll continue to be friends with the comedian:

I’m disappointed in my friend. He did some gross sh!t some damaging sh!t and people are like, ‘How are you gonna be friends with that guy?’ He’s my friend. Now he f*cked up and he’s in big f*cking trouble, so, well, what am I gonna do? I’m just–I’m gonna be his friend. What do you want me to do? I mean, it’s probably the best time to be his friend, when he needs to make changes in his life. I can learn from it, he can learn from it, I hope.