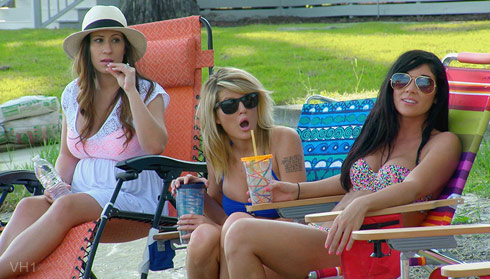 Fans of VH1’s new southern-fried reality series Hot GRITS are in for a an unpleasant surprise this week as VH1 has removed the Wednesday night show from its schedule after only two episodes. Cast member Jenna Tatum took to Facebook to share the bad news with fans, but in her post she explains that the show has not yet officially been cancelled and may return to either VH1 or another network.

So I just wanted to take a second and make you guys aware so that we girls aren’t overwhelmed with questions on Wednesday… We recently received the news that Hot GRITS will be off the air for a bit. There’s no answer as of yet for when it will re-air, or if it will be back on the same network. Viacom is currently reconstructing a few issues internally with the programming and we hope to have a new air date for you all very soon! I promise as soon as we know, you’ll know. The show hasn’t been canceled due to lack of ratings alone, from what we understand, the network (VH1) believes that the combination of new shows scheduled on Wednesday nights are not flowing, so they’re putting a pause on things until it is sorted out. Although we love our Vh1 family, Viacom is still over the smaller networks and we hope to think they may be looking to reroute “Hot GRITS” to a better suited network such as CMT, etc.. to really take full advantage of the potential we have for a fun series. This is just our speculation though, no definite answers. But with that said, even though we’re super bummed to share this news with you all, we hope that you’ll be patient and supportive with us, for a stronger come back whenever they are set with a new game plan! Thank y’all for being understanding!!!

Other cast members have also reacted to the news on social media. Jennifer Jenkins shared a screen cap of Jenna’s Facebook message on Instagram and wrote, “This is disheartening. Yes #HotGRITS is cancelled but hopefully it will re-air very soon. As soon as us #hotgritsgirls hear from production we will let everyone know! We are very hopeful! Thank you to everyone that has supported us and continues to do so! We Love our fans!!! #HotGRITS #hotgritsgirls #HotGRITSBaby”

Emily Carroll also shared Jenna’s message and captioned it with, “Thank you to all who showed #HotGRITS love and support! Much love to you all! #HotGRITSVH1 #vh1 #repost #valdosta #georgia” 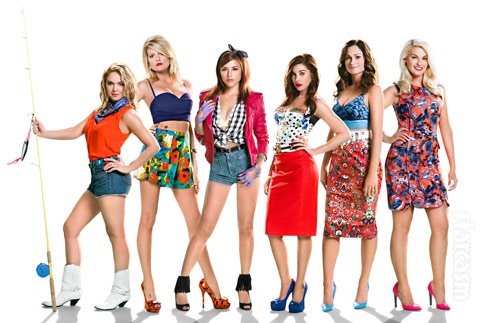 Hot GRITS, which features a cast of seven easy-on-the-eyes “Girls Raised In The South” currently residing in Valdosta, Georgia, premiered to VERY low numbers and despite the network continuing to promote it, Episode 2 didn’t fare much better. The premiere episode on March 25 was viewed by 143,000 and Episode two had 158,000 viewers. I’ve been covering reality TV for about six years now, and those numbers are about as low as any I have ever seen for a reality show promoted on a major cable network. 🙁 (That being said, Hot GRITS was followed by another new VH1 reality series titled Walk of Shame Shuttle that premiered the same night to only 120,000 viewers.)

But, I think VH1 really does believe in the show (despite some angry commenters, they did promote it fairly heavily) and perhaps they will be able to figure out a better home for it. CMT seems to be a perfect fit given the success it has had with its Southern-flared Party Down South franchise.

VH1’s Hot GRITS website has been deleted, but you can (for now) still watch the first two episodes at these links:

EPISODE 1 “How To Lose A Guy In Valdosta”

And if those links stop working, you can always relive the short-lived Hot GRITS run (so far) by checking out the episode recaps from Hot GRITS superfan The Ashley here and here!