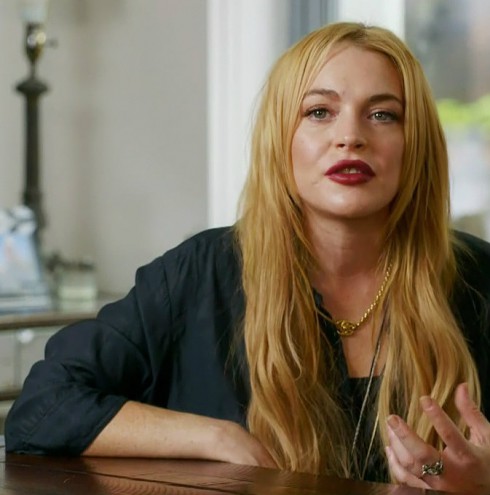 Although Lindsay Lohan is currently “hard at work” in London for David Mamet’s Speed-the-Plow stage show, she’s already looking ahead to her next project — and has a very specific idea.

“I was with Tina Fey the other day and I said we should do another Mean Girls,” Lindsay told Time Out London, referring to her August reunion with the film’s writer. “Like an older version where they’re all housewives and they’re all cheating. That would be really funny. I’ll harass Tina to write it.”

Unfortunately for Lindsay, Tina shot down rumors of an Mean Girls sequel with the original cast in the spring. She told Extra TV of the then-upcoming 10th anniversary, “We’re going to see if there’s any way to get everyone together, but not a movie, sadly. We’re all past high school age.”

Although Lindsay may be barking up the wrong tree, not all hope is lost: Jennifer Aniston is tied to Mean Moms, which is based on a book by Rosalind Wiseman, the author who inspired the teenage version. The new film will follow a mother who moves from a small town to a snooty suburb and immediately clashes with some queen-bee soccer moms. (Throw in the cheating thing and it sounds just like Lindsay’s pitch.)

Mean Moms was originally scheduled for release in May 2015, but has been put on hold — meaning Lindsay might still be able to snag a role.