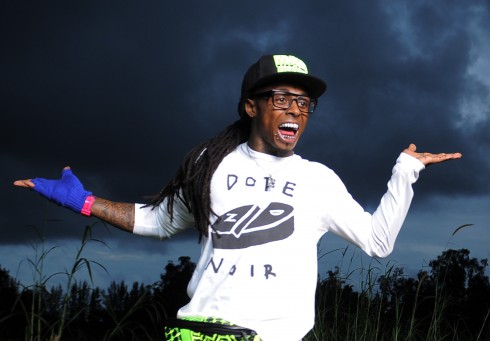 Much has been speculated about what landed Lil Wayne in the hospital earlier this month, and for the first time, Lil Wayne is speaking out publicly about the condition that caused his latest health crisis.

Lil Wayne, whose album I Am Not a Human Being ii was released Tuesday, opened up on Power 106 FM in Los Angeles Thursday night, saying a seizure landed him in the hospital during his latest stay there. “This isn’t my first, second, third, fourth, fifth, sixth, seventh seizure. I’ve had a bunch of seizures, ya’ll just never hear about them,” the rapper admitted. “But this time it got real bad ’cause I had three of them in a row and on the third one, my heart rate went down to like 30 percent,” adding, “Basically, I could’ve died, so that is why it was so serious.”

He also confessed that he doesn’t always go to the hospital after having seizures, but knew that he had to this time: “Certain times I don’t even go to the hospital, but this time, it was real bad because it was three in a row, and I’ve never had three back to back like that… The third one was so bad and I live in the hills in L.A. So the reason why it was bad was that I live all the way at the top, so you know how hard it is getting down those hills [to medical facilities]. That was what was so scary about it.”

Lil Wayne also denied rumors that his seizures were caused by his documented abuse of “Sizzurp,” a prescription-strength, cough-syrup based drink that promotes a feeling of euphoria from the high levels of codeine and promethazine, and is purportedly the rapper’s drug of choice: “The reason being for the seizures is just plain stress, no rest, overworking myself.”

As we reported earlier this month, Lil Wayne was rushed to Cedars-Sinai Hospital in L.A. on Tuesday, March 12th, after having multiple seizures while shooting a Nicki Minaj video. He was released the next day, but just hours after his release was found unconscious on the floor, and was taken back to the hospital, where he reportedly spent several days in critical condition. TMZ reported the rapper was on his death bed and was receiving his last rites (a statement they later retracted), while several people from Lil Wayne’s crew, including Young Money records president Mack Maine, insisted he was fine. Lil Wayne, who was reportedly hospitalized in October after experiencing seizure-like symptoms, insists he doesn’t hold anything against TMZ for what he says was false reporting: “That’s what they do. I can’t be upset at that. I get upset at my kids when they do things that I tell them not to do. I can’t be upset at TMZ for doing what they do.”

On March 20th, a week after he had been taken to the hospital, Lil Wayne released a video of himself thanking his concerned fans and insisting that he’s “more than good.” We hope he stays that way!

As the sports world prepares for gay male athletes, it overlooks Brittney Griner’s coming out